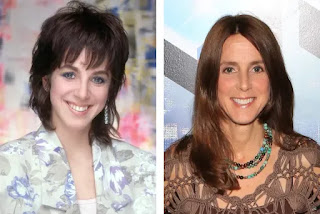 The Puget Sound Media blog reports that Martha Quinn, one of the original MTV VJs (video jockeys) will have her syndicated radio show broadcasted locally on 95.7 KJR FM.

Quinn was one of the more polarizing figures on the video music channel, with many viewers not really taking to her style.  I think as time went on, viewers began to love her.

Unlike KZOK's Danny Bonaduce, Quinn will probably not be moving to Seattle, as her show will be syndicated to other stations.

Out of curiosity, how was Martha Quinn polarizing?

That may not be the best choice of words. If memory serves, she had pretty much the prime spot of the 4 main VJs, her, Jj Jackson, Mark Goodman, and Alan Hunter. A lot of people thought she came across as "meek". I was not a fan of hers at first, but she grew on me, as she did with a lot of people.
Since their was really no precedence to what they were doing, they pretty much invented it all as they went along, allowing them to hone their skills, each in their own way.