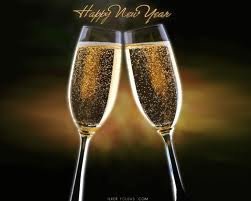 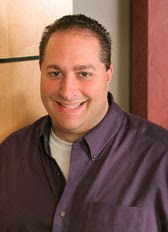 We had dinner last night with Leonard Barokas and his family at the Mandarin Grill And Buffet in Redmond. Leonard is the producer of the "Kent And Alan Show" on Star 101.5 and is a virtual encyclopedia on the local radio scene. Leonard, a native of the area, says that he got his start with KVI Radio as a producer for Mike Siegel. He is a cousin of our friend, Jerry.
Posted by Mike Barer at 7:30 AM 0 comments 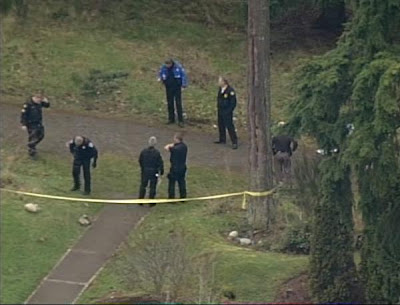 KOMO 4 TV reports two teens were hit by gunfire on the Lake Wilderness Trail in Maple Valley yesterday. The trail is a popular place for walking and biking. The shooting apparently occurred after an argument over gang colors. The victims were a boy and a girl.
Posted by Mike Barer at 6:06 AM 0 comments 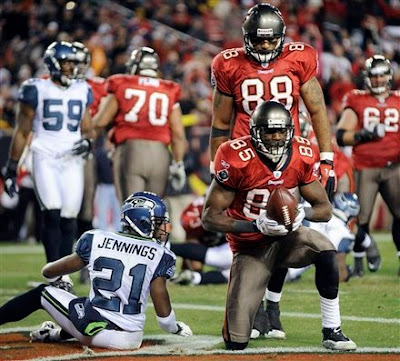 The Seahawks lost their third game in a row in ugly fashion to Tampa Bay 38-15. The Seahawks grabbed the lead in the first quarter as Matt Hasselbeck scampered into the endzone, however it was the last play of the game and perhaps the season as he left the game with an injured hip.
Second string quarterback Charlie Whitehurst was totally ineffective as the Buc's offense caught fire and never looked back. The Seahawks can still make the play-offs with a victory over the Rams, but at this point, that seems as distant as a walk from Kirkland to Qwest Field.
Posted by Mike Barer at 6:36 PM 0 comments 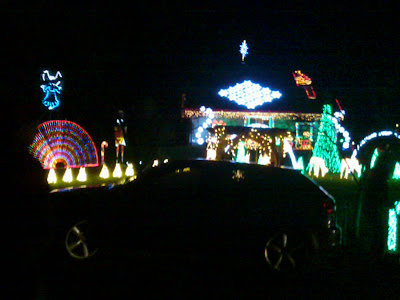 The Woodinville Wonderland is an incredibly decorated house about a mile from where my Sister-In-Law and her family live. We went to see it after visiting with them yesterday evening. The owner was out passing candy canes to everone and telling everyone a little about how the house came to be. I took the picture on top, the video is from "you tube".
Posted by Mike Barer at 11:12 AM 0 comments

Another Bummer At Qwest 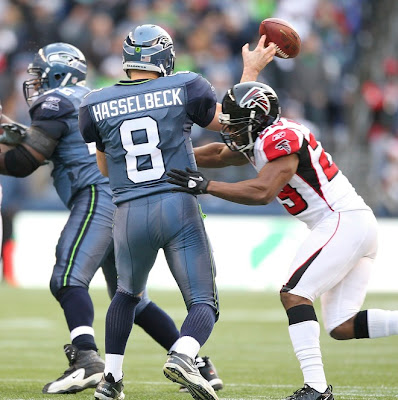 The Seahawks continued to show that it cannot compete with the NFL's better teams dropping a 34-18 contest to the play-off bound Atlanta Falcons. In his Seattle Times column, Steve Kelley suggests it may now be time for the Seahawks to bench Matt Hasselbeck in favor of Charlie Whitehurst.
Posted by Mike Barer at 7:21 AM 0 comments 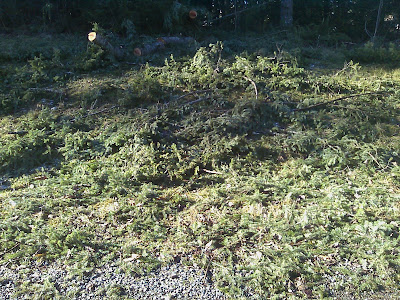 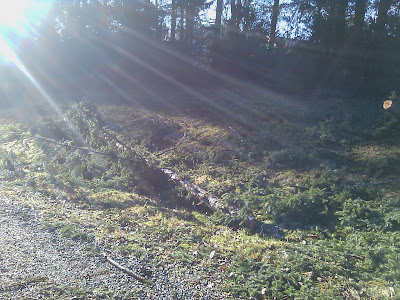 Fallen trees and branches are the aftermath of another windstorm that hit the Maple Valley area this weekend. These pictures were taken on the pipeline right of way, just outside the city limits.
Posted by Mike Barer at 7:26 PM 0 comments


Seattle Mariner President Chuck Armstrong announced at Dave Niehaus memorial service that a statue of Dave would be put up at Safeco Field. Niehaus will be the first person honored at Safeco that way. The Mariners will also wear commemorative patches on the arms of their uniforms.
Thank you to the blog Section 331 for the video
Posted by Mike Barer at 10:26 PM 0 comments

Seahawks Embarrassed On The Road 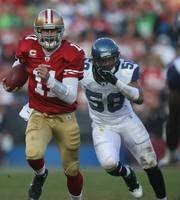 The Seahawks suffered their second devasting loss in the Bay Area, losing to the San Francisco 49ers 40-21. Their first was the "chamber of horrors" that awaited the 'Hawks in a 33-3 loss on Halloween to the Oakland Raiders. A "garbage time" Seahawk touchdown was costly as Deon Butler broke his leg on the play. The Seahawks were already without Mike Williams and Ben Obomanu. Leon Washington scored on a 93 yard kick-off return for the Seahawks.

Niehaus Will Be Honored At Safeco 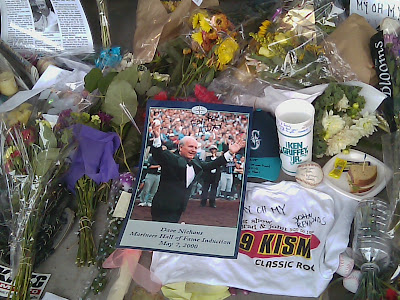 Mariner Nation will meet at 1:00 pm at Safeco Field to say good bye to legendary broadcaster Dave Niehaus Parking will be free at the stadium and the services will be stream on the Mariner's web site and also be covered live on some area TV stations.
Posted by Mike Barer at 11:47 AM 0 comments 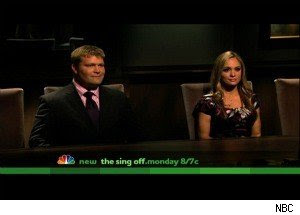 Corporate attorney Brandy Kuentzel was hired as Donald Trump's new Apprentice. It was not revealed on the show what her new role would be although Trump asked both her and finalist Clint Robertson what they would do in the organization if they were hired. Trump did not give a reason for picking Brandy, although her final plea was that she could work with Trump's daughter and two sons to bring along the next generation. Clint was pointed out for being a little too country-like, a point that seemed to be refuted in the last episode. Trump concluded by congratulating Brandy and firing Clint. At the contestant's suite, Brandy was seen hugging fellow candidates, although the camera noticeably cut away when she was about to face disgruntled Mahsa.


In memory of John Lennon, today marks 30 years since his tragic murder.
Posted by Mike Barer at 9:51 PM 0 comments 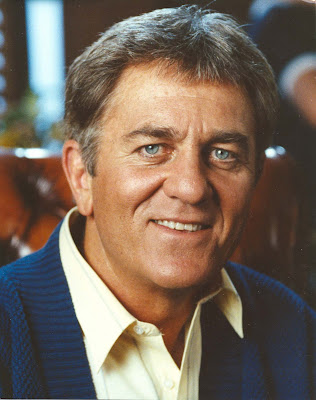 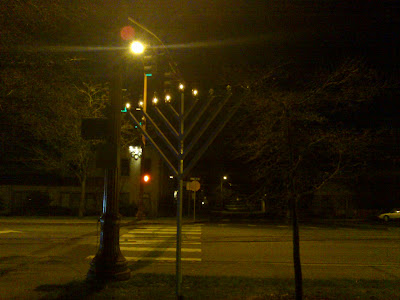 While the Puget Sound gears up for the Christmas and New Year Holidays, the festival of Chanukkah is drawing toward a conclusion. This is the giant menorah in downtown Issaquah, WA at the corner of Front and Dogwood Streets. 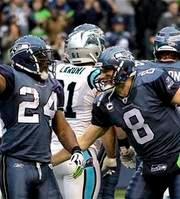 It started looking like their season was over and ended like their season was just beginning. Marshawn Lynch scored three second half touchdowns to lead the Seattle Seahawks to a 31-14 win over the Carolina Panthers.
Carolina, with a 1 and 10 record, scored a touchdown on it's first drive, while the Seahawk offense looked just as listless as the defense. The second half started with the Seahawks pinned at their own 4 after Leon Washington bobbled a kick-off. However, Matt Hasselbeck was able to sustain a drive to the end zone and Lofa Tatatupu intercepted a Carolina pass on the next drive and it into the end zone. Washington later took a punt on what should have been a touchdown, however, an early celebration allowed the punter to catch up and trip him. Lynch took the ball into the end zone on a subsequent play.
Seahawk great Walter Jones, who retired last spring, was honored at the 2-minute warning of the first half. 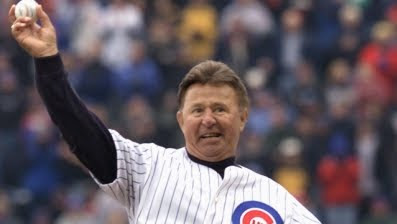 Finalists Chosen For This Season's Apprentice 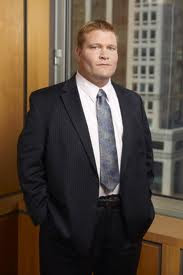 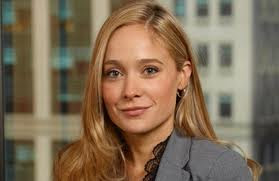 Brandy Kuentzel and Clint Robertson are this year's final two candidates to compete for The Apprentice. Liza, the last of the final three was fired at the beginning of this week's episode. Trump said that although he had faith in Liza, none of the other candidates did.

As in every season, each finalist has a separate final task to complete. Brandy, who won the first task gets the first pick, which is whether to chose her team or chose the task. Apparently there are some people she would not want to work with again, she picks her team. She has to pick amongst the fired contestants that Donald marches out so she picks Liza, Stephanie, and Anand. It is a surprise to see Anand, who was caught cheating in a previous episode, but he says that he wants a chance to redeem himself. Clint is lucky to get Steuart, to whom he is tight with, along with Mahsa and Poppy.
Since Brandy picked her team, Clint gets to pick the task, which will be putting on a dinner with a live performance of Liza Minnelli. Clint is from Texas and picked that task to show that he can excel in something that is not his forte. That leaves Brandy to put on a celebrity golf tournament at Trump National. Brandy knows little or nothing about Golf. The strange thing about that is that there is usually some related golf task in each season of The Apprentice. Her ace in the hole, surprisingly is Liza, who we find out, was on the Kenyan Women's Golf Team at one time.
The usual series of missteps that are inherent in the final task take place, leaving a great cliffhanger for the finale.
Posted by Mike Barer at 6:57 AM 0 comments

Have A Happy Chanukkah 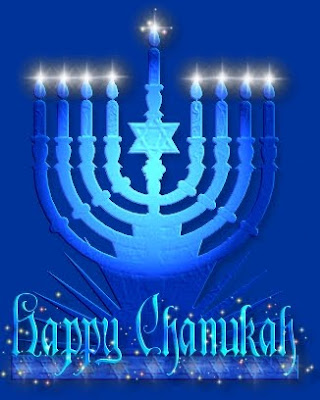 Barers Featured In The Issaquah Press 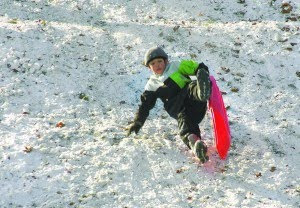 During the treacherous drive from work to home on Monday, November 22nd, I decided to go on twitter as soon as we hit the Issaquah-Hobart Road, it was an attempt to illustrate to anyone following that a drive that normally would take 15 minutes at the most, would take one or two hours. One of the people who picked up on the tweets worked for the Issaquah Press and quoted me in this article about the messy commute.
"Mike Barer spent hours on a slow trip from the Crossroads area in Bellevue to Maple Valley. Barer inched along Issaquah-Hobart Road Southeast past a stalled tractor-trailer and snowplow, plus numerous cars stuck in roadside ditches...
We barely were able to safely pass the carnage on the street and turn onto Cedar Grove” Road Southeast, Barer said."
Posted by Mike Barer at 8:41 PM 0 comments