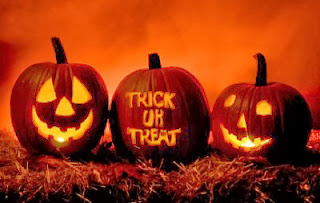 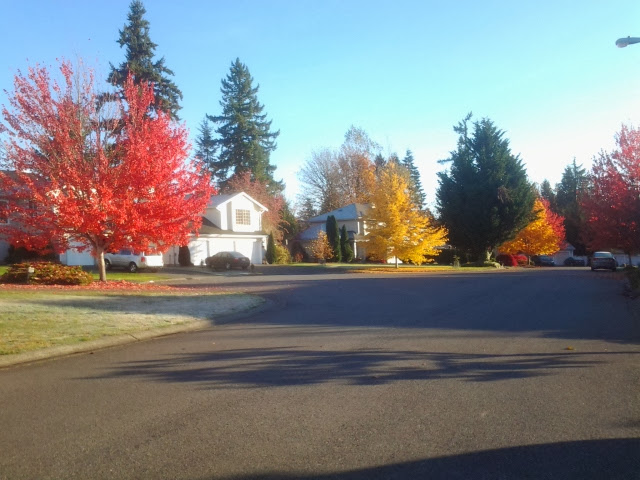 Taken in Belmont Woods around the corner from our house. 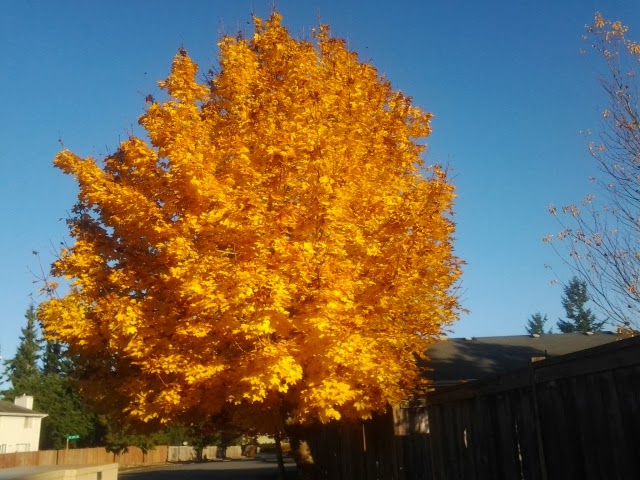 
This shot of former Walla Walla Rock DJ, Dave "Rockin" Cochran of KTEL appeared in a recent addition of the city's paper, the Walla Walla Union-Bulletin. It was from a column by Sara Van Donge about radio from the past, my cousin Burl Barer was also mentioned. The Gallery was a department store in what was then (July 8, 1973), Walla Walla's brand spanking new Eastgate Mall.

From My Nephew Connor

They call these wordals. Not sure if the spelling is correct.  Connor did one for everyone in the family.  Here is mine. 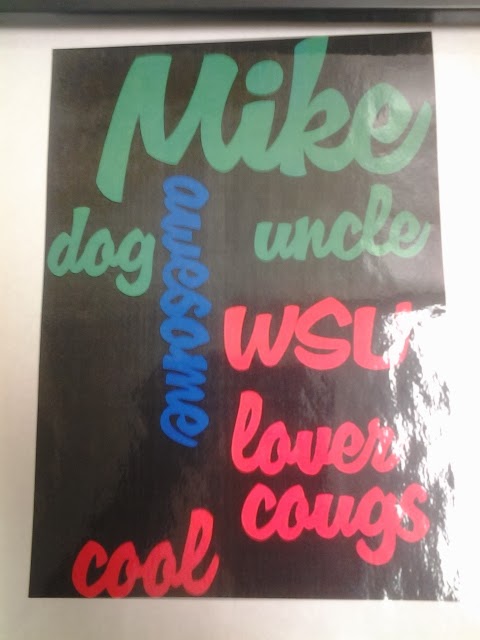 Cards And Sox Will Meet In World Series 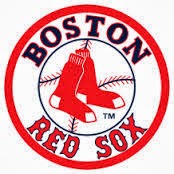 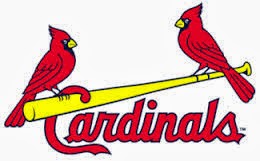 The first time I followed the World Series, the St Louis Cardinals met the Boston Red Sox. The year was 1967. The Cardinals won that series 4 games to 3. This year, Boston and St. Louis will meet for the 4th time in Major League Baseball history.
Posted by Mike Barer at 1:52 PM 0 comments 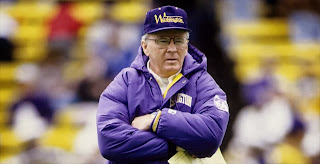 Don James, the University Of Washington's winningest football coach has died.  His record while coaching the Huskies was 153-58-2.  His marquee season was in 1991 when his Dawgs was 12 and 0 and shared the national championship with his alma matter Miami.  James coached at the U-Dub from 1975-1992 and guided the team to 6 Rose Bowls.
He will be deeply missed.
Posted by Mike Barer at 3:29 PM 0 comments 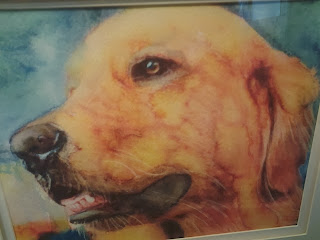 The most current picture of Dasher, from Jeanne Romano, is a watercolor of Dasher as he looks now.  More pet pictures can be found at Artisan Tails.  Jeanne is a former TV comedy writer and a resident of Bellevue.
Posted by Mike Barer at 12:05 PM 0 comments 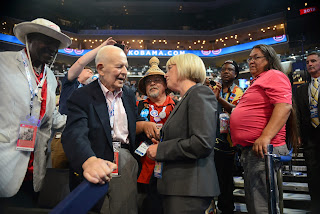 The above picture was taken at the Democratic National Convention in Charlotte last year, it is former Speaker Of The House Tom Foley with Senator Patty Murray.  Tom Foley was a Democrat from a Republican District.  He will be remembered as a model of congeniality who could garner respect from both sides of the aisle.  My Dad wrote this tribute--click here.
Posted by Mike Barer at 12:03 AM 0 comments 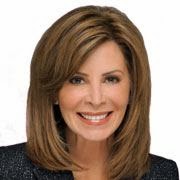 Kathy Brock, the WSU graduate who is evening news anchor in Chicago has a fan page on Facebook.
Brock, who was a classmate of mine in the Com department, is a product of the Tri Cities.  Her grandparents lived in Walla Walla.  Brock has been with WLS TV since 1990.  The WLS site says the 6 and 10 newscasts that she co-anchors are the most watched newscasts in the market.

Dasher takes in the Autumn colors at the Rockridge Orchard roadside market near Enumclaw. 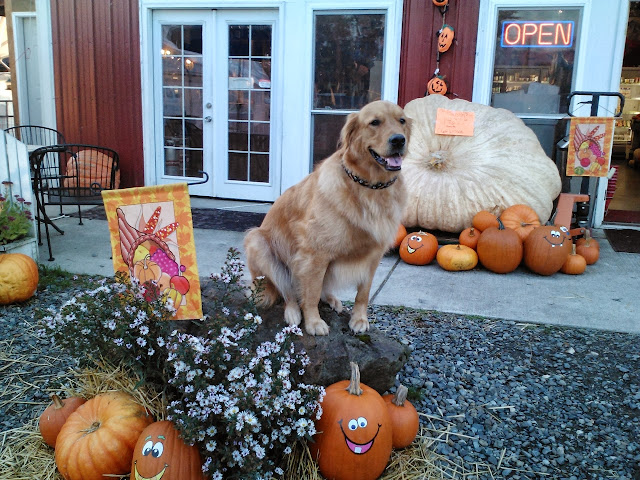 Bringing Back The Memories


Two classic 1960s pop artists, Paul Revere And The Raiders lead singer Mark Lindsay and Merrilee Rush of Merrilee And The Turnabouts do "You've Lost That Lovin' Feeling.
Posted by Mike Barer at 7:44 AM 0 comments 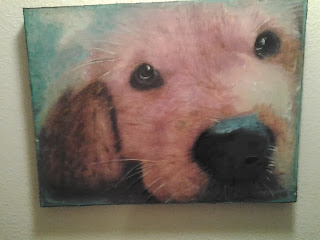 Artist Jeanne Romano gave us this picture of Dasher as a puppy, done in water colors.  The picture hung for months in the Alki Gallery.  It is also on the cover on Jeanne's book.  Jeannne paints pictures of pets and does excellent work.  You can find her work on her website.   You can also link to her site (Artisan Tails),  by clicking the link under "my favorite blogs" on the right.
Posted by Mike Barer at 2:56 PM 0 comments 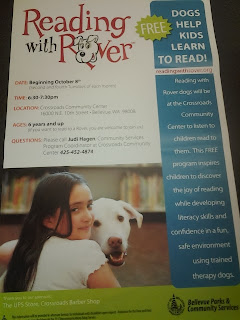 Reading With Rover, a locally based program that helps children with reading difficulties, has started in the Crossroads community according to Judi Hagen, community services coordinator.  The program is for children 6 and up and takes place on the second and fourth Tuesday of the month from 6:30 to 7:30 at the Crossroads Community Center at 1600 NE 10th in Bellevue.
The program allows the children to read to read to a dog.  The dogs are good listeners and are not judgemental as other children may be.  The dogs are trained therapy dogs through various local programs.   My wife, Debra and Dasher are volunteers for the program.  Both love children and are excited about working with the community.  For any questions on the Reading With Rover program, call Judi Hagen at the Crossroads Community Center. 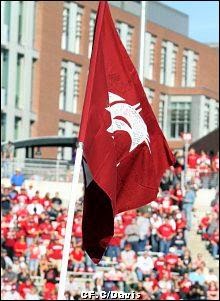 Every Saturday during ESPN's Gameday, the WSU Cougar flag waves in the background as college football talking heads analyze the day's slate of games.  Every week during the college season, the show takes place from a designated college campus where the most important game of the week in ESPN's eyes will take place.
This week the University Of Washington will be chosen.  The rivalry between the Huskies and Oregon Ducks is vicious, however heartbreaking for the Dawgs.  The Ducks have won the last nine years.  But it's more than the Ducks that are angering the Dawgs.  Dawg fans are angry about the Coug flag flying in the background of the Gameday and a wacky radio host on KJR has even encouraged fans to destroy the flag.  WSU and University Of Washington are the state's traditional rivals.  Now Cougs, who have their own game against the Oregon State Beavers are lashing out.
So the end result is even though both Washington schools are playing Oregon's finest, the trash talk is now turned toward each other! 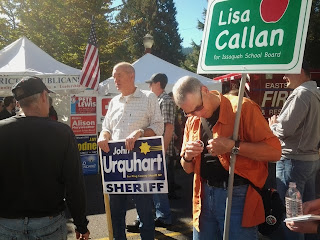 King County Sheriff John Urquhart, who is running again this year for a full term, talks to 5th District Democratic Chair Jim Baum at our booth at Issaquah Salmon Days.  Urquhart has no opponent in this election cycle, but still took the opportunity to chat with passers-by.
Posted by Mike Barer at 7:46 PM 0 comments 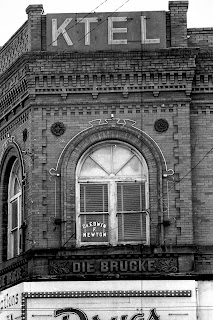 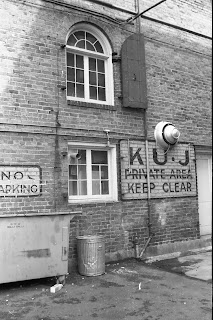 Two Walla Walla radio stations had downtown business offices and studios before moving to their transmitter sites.  KUJ was well before my time and I'm not sure of the exact location, although the sign was up well after it's departure and I have faded memories of it.
I remember KTEL in the Book Nook Building (officially known as Die Brucke Building), the station would broadcast it's daytime programming downtown and it's evening and weekend programming at it's tower and transmitter site.  In the early 1970s, the station added on to it's transmitter studios and moved out of it's downtown location. 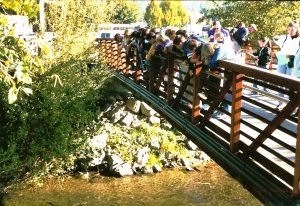 The last big outdoor festival of the year, Issaquah Salmon Days, takes place in  the first weekend of October.  It is a celebration of the return of salmon to the lakes, creeks, and hatchery of the town, just down the road from Maple Valley.  Businesses and organizations will have booths.  There will also be food, music, and everything that makes a festival fun.  You will find the celebration in Issaquah's central business district.
Posted by Mike Barer at 7:55 AM 0 comments 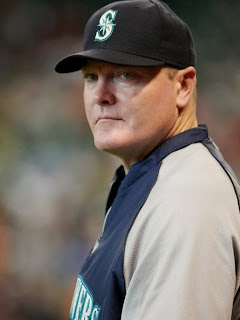 If the Seahawks are on the cusp of what could be a dream season, the 2013 Mariners season, in contrast, has been a total nightmare.  After a promising starts and an 8 game winning streak over the All-Star break, the team never gained any traction and finished a dismal 71-91.  Only the arrival of the Houston Astro's to the division kept the M's out of last place.
Mariner manager Eric Wedge gained a reputation of a team guy, who was happy to play with the hand that he was dealt.  When GM Jack Zduriencik was invited to return for 2014, Wedge waited for assurance that he would return, when it didn't come, Wedge decided to leave on his own terms.  With only one year promised to Jack Z, it may be impossible to find a capable candidate to replace the departing skipper.