Bye, Bye Ray Allen, the saving grace from the Gary Payton trade. I'll have more later.
Posted by Mike Barer at 8:10 AM 0 comments

Get Out The Broom, Gramma! M's Sweep The Sox 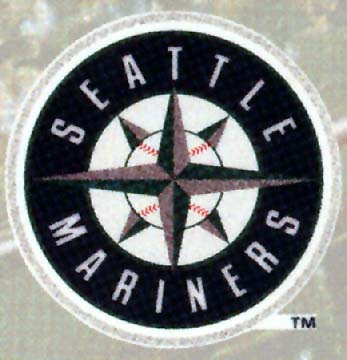 The Mariners ended their home stand with a sweep of the Boston Red Sox, the team with the best record in all of baseball. This weekend the M's take on the Toronto Blue Jays.
Posted by Mike Barer at 10:48 PM 0 comments 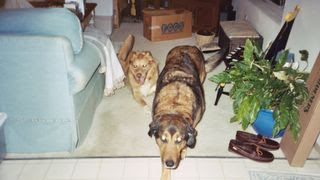 Cora Barer (right) who was pet therapy dog at Sunrise Senior Living as well our beloved family member, slipped away last weekend. She will be greatly missed.
Posted by Mike Barer at 7:43 AM 3 comments

Then We Headed North To Penticton, BC 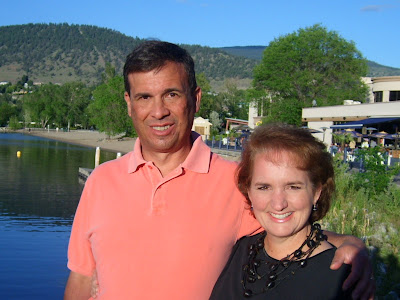 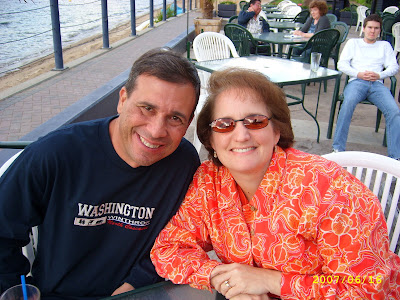 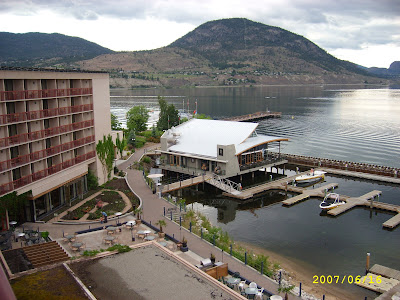 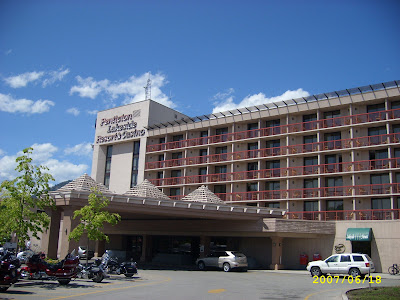 We visited Penticton for Deb's first time and my first time since I was little. Penticton is a resort town in South Central British Columbia. It is located between Lake Okanagan and Lake Skaha. While there we celebrated Deb's birthday! 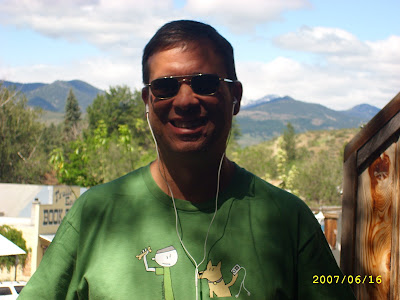 Rusty of course, is our Golden Retriever. He somehow slipped out to do some Father's Day shopping. 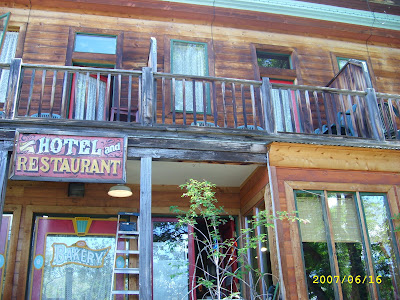 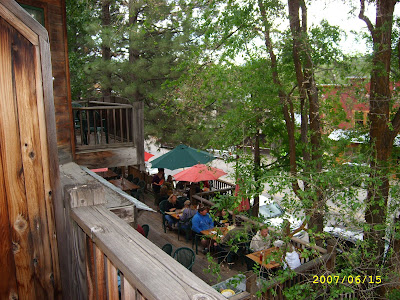 It's hard to believe that a whole week has passed by but we spent last Saturday night in the charming town of Winthrop. The Duck Brand Hotel was unique in that it was above a restaurant/bar just like the old days!
Posted by Mike Barer at 10:20 PM 0 comments 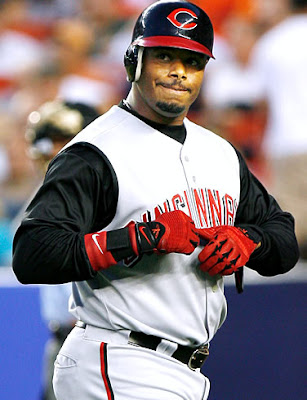 Ken Griffey is returning to Seattle for the first time in 8 years as the Cincinnati Reds take on the Mariners in a weekend inter league series. I believe that this is the first time that Griffey has played in Seattle as a member of a different team (I think he missed the 2001 All Star game because of injuries). Alex Rodriguez and Randy Johnson have returned with other teams. Randy Johnson got a warm greeting when he first returned with the Diamondbacks, but A-Rod continues to be booed no matter what team he plays for. Since Griffey's emergence as a Mariner is believed to have saved Seattle major league baseball, he is expected to get mostly cheers as time has a way of healing old wounds.
Posted by Mike Barer at 9:12 PM 0 comments

A Barer Tells The Story

I know many of you have enjoyed my Dad writing at abarer In his latest series of articles, he starts a series of stories dealing with my Mom's illness. His first post is particulary heart wrenching.
Posted by Mike Barer at 9:12 PM 0 comments

We just returned from a three day road trip. I hope to get some pictures and details up in the next few days!
Posted by Mike Barer at 6:11 AM 0 comments

Another Blast From The Past--Bewitched Actor Blogs 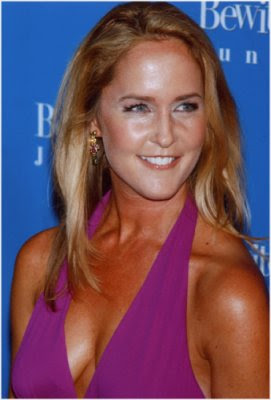 When I was grade school age in the mid 60s through the early 70s, our idea of "must see TV" was shows like Bewitched. Erin Murphy played baby Tabitha and I believe is the only surviving actor from the show. Erin, it seems has grown up well and put her thoughts to pen here.
Posted by Mike Barer at 12:10 AM 0 comments 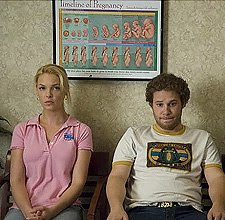 I don't want to say too much about the plot because it may give it away. I liked this movie because of the excellent performances of Katherine Heigl and Seth Rogen. Although I have watched her a couple of times on Grey's Anatomy,I had not realized how likable and engaging Heigl can be.
Some Conservatives have said that this movie sends an anti choice message. In my opinion, it is just a funny well written movie.
Posted by Mike Barer at 12:28 PM 3 comments

This book was touted on KJR-AM a couple of months ago after David Halberstam's
tragic death. The backdrop is the World Series of 1964, but the book is about so much more.
At the time, the American League and the National League were microcosms of 2 different segments of American society. The American League was steeped in tradition, clean cut, and mostly white. The teams in the American League relied mostly on sluggers like Mickey Mantle, Harmon Killebrew, and Boog Powell. The teams in the National League where more new era, with many African Americans, Hispanics. The teams played more "small ball" with bunts, stolen bases and more versatile players like Willie Mays, Roberto Clemente, Lou Brock, and Maury Wills. This was a transitional time in our history going from an era of innocence into a time of dissent. A great deal of this was reflected in the 1964 baseball season. The Yankees great run was coming to an end while the St Louis Cardinals were emerging. I think that one thing that interested me in this book was the fact that this was beginning of the great Cardinal teams that I would see in the first 2 World Series that I would ever watch, 1967 and 1968.
Posted by Mike Barer at 9:42 PM 2 comments

More Of My Relatives 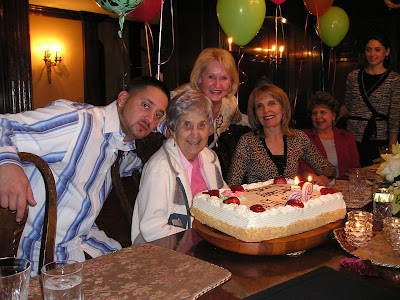 From Jan Curran Events, here is Jan's Mom, My Aunt Dorothy with her 95th birthday cake. On the left is my Cousin Aaron, Stan's son. American Idol contestant Blake Lewis reminds me of him. Aaron is Dorothy's grandson. Aaron's mom Alta is standing to the right of Aunt Dorothy. Standing farthest to the right is Aaron's sister, Leigh. I do not know who the two ladies sitting on the immediate right of Aunt Dorothy are.
Posted by Mike Barer at 10:50 PM 2 comments

After Almost A Year--Tracy Taylor Gets The Hits 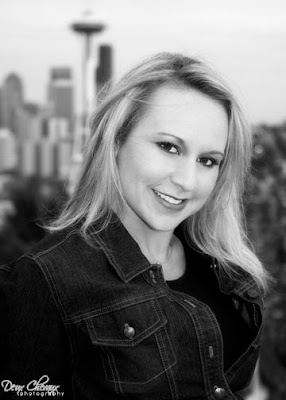 According to Site Meter, an article that I posted last August on KJR Traffic Reporter Tracy Taylor, is read more than any other story on this blog. Google users find this site several times daily, in their search for probably the sportstalk station's most popular personality. No doubt big things are in store for her.
Posted by Mike Barer at 10:24 AM 2 comments

Anyone around the greater Puget Sound area who wonders why I write so lovingly about Maple Valley can find out this weekend as our community hosts the 57th annual Maple Valley Days. The festivities begin this Friday at Lake Wilderness Park 23601 224th Ave SE Maple Valley. There will be carnival rides, arts and crafts, food and entertainment. The festival runs through Sunday, June 10th.
Posted by Mike Barer at 10:15 PM 0 comments

Lou Piniella Up To Old Tricks 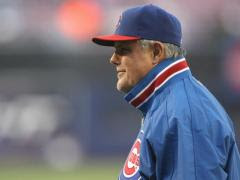 Meanwhile, things are not going so well for another ex-Mariner. Chicago Cub Manager Lou Piniella received a four game suspension after a tirade last weekend in a game against the Atlanta Braves. Piniella went ballistic on the umpires, just as he was known to do in his 10 year stint of managing the M's. The Chicago Cubs, once baseball's "lovable losers" can now drop lovable from that nickname. The "midgets" of the Midway can simply be known as Baseball's answer to the LA Clippers.
Posted by Mike Barer at 10:22 PM 2 comments 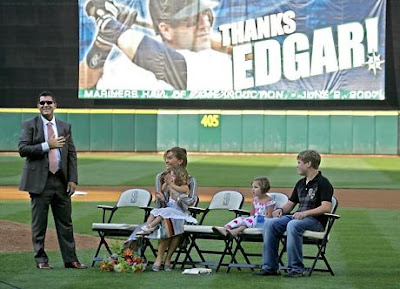 Congratulation to Edgar Martinez! Edgar was inducted into the Seattle Mariners Hall Of Fame last night. Playing in an era of free agency and big money, Edgar played all 18 seasons as a Mariner, first as a third baseman and then as designated hitter. Considered by some as the greatest designated hitter of all time, you can read some of Edgar's achievement in the wikipedia. I had the pleasure of meeting Edgar and actually working on a project for him and he is a nice guy.
Posted by Mike Barer at 9:19 PM 0 comments 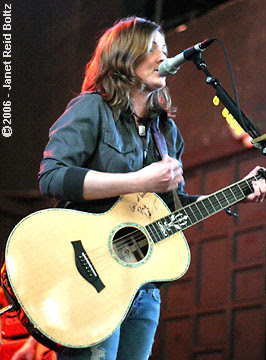 "Because even when I was flat broke--you made me feel like a million bucks"
To say that we were "high" at Brandi Carlile's concert this weekend would not be an exageration, our tickets, purchased just before the local singing sensation's second Seattle gig this year sold out, were all the way up in the second balcony, not far from the roof in Belltown's aging Moore Theatre.
Not only did Carlile sing to us, the audience sang to her as they knew, either by the Seattle Times article from that morning, or by following her religiously, that it was her birthday. After a few stray calls of "Happy Birthday Brandi", everyone started singing "happy birthday" to her and Brandi looked overwhelmed by the crowd's enthusiasm. It was not the only singing we would do as the rising sensation who can go from Joni Mitchell to Janis Joplin in 0 flat moved and encouraged the audience to participate. Brandi who spoke to the audience after every song, made the evening seem like a night at a campfire. Especially since it was so hot in the area of the Moore that we were sitting.
One of highlight of the evening was when she sang her catchy acoustical piece "What Can I Say" without benefit of the microphone. That demonstrated the acoustics of the theatre. Brandi is ably backed up by twin guitarists Phil and Tim Hanseroth, who are also do backing vocals and write many of her songs. A session drummer, Jason Maybell and a cellist Josh Neuman round out the band.
Posted by Mike Barer at 11:28 PM 2 comments