Seahawks Beat 49ers At "The Stick" 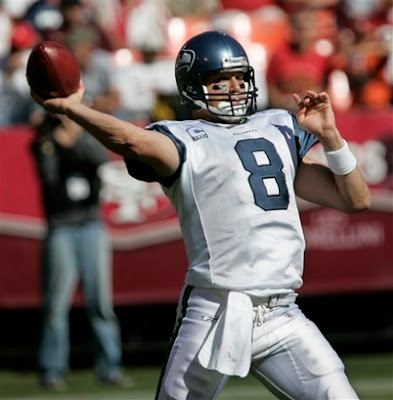 The game was never exciting, but the results were satisfying. The Seattle Seahawks handily defeated the San Francisco 49ers 23-3 in San Francisco. You may remember that last year the 49ers beat Seattle twice.
Alex Smith, who played brilliantly against the Seahawks last season went out in the first quarter after being sacked by Rocky Bernard. Ex Seahawk Trent Dilfer came in to replace Smith but was very rusty and ineffective after sitting for two seasons.
Deion Branch had 7 catches for 130 yards and Matt Hasselbeck threw touchdown passes to Bobby Engram and Marcus Pollard. Josh Brown had 3 field goals.
Posted by Mike Barer at 9:00 PM 0 comments

Sharon Mast Is Pick For DNC 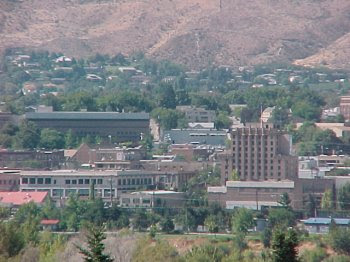 Democrats from across the Washington state enjoyed the Hospitality of Picturesque Wenatchee and picked Sharon Mast to replace Karen Marchioro as DNC representative. Mast was chosen on the third ballot after a hard fought battle with Southwestern Washington populist Cathi Bailey. My choice, Di Irons , was able to go to the second ballot after a coin toss. Irons had tied for third with Lexi Smith on the first ballot.
The meeting featured a moving slide show tribute to Marchioro.
Posted by Mike Barer at 8:41 PM 1 comments

Wikipedia: A Good Reference But Beware 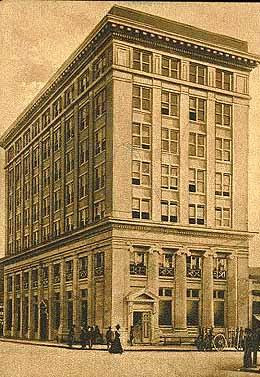 I have been called into question for using the Wikipedia as a reference. The Wiki is basically open to anyone who has a computer. We all know that is a recipe for disaster but the Wiki seems to work. Because anyone can contribute, it has a localized flavor. That is people write about things that are important to them. I was surprised at how much Seattle and Washington state information is contained there. I would imagine that is because people in the area contribute many articles. I do not know anyone who has written or edited the wiki except for myself. I have contributed 4 articles that have since been updated and edited. I make a good effort to use footnotes and site my sources. One example is the Baker-Boyer Bank (pictured above) from Walla Walla.
I have also a number of family members that are listed.
Posted by Mike Barer at 10:44 PM 0 comments 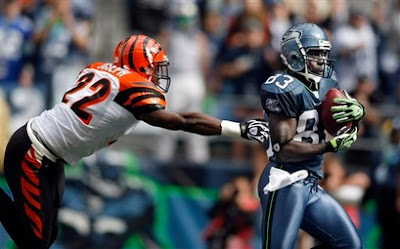 A couple of last minute plays made the difference today between a dismal turn to this young season and a promising one as the Seattle Seahawks edged the Cincinnatti Bengals 24-21. The Seahawks, who despite making some heads up plays in the game, could not get any break in the second half until Matt Hasselbeck found Nate Burleson for a 22 yard score with barely a minute remaining. For the second week in a row, a young USC quarterback was effective against our defense. Last week, it was Matt Leinart, who engineered a Cardinal victory, this week it was Carson Palmer perplexing our defense and coming close to doing the same. After the Burleson touchdown it looked like hang-on time, but Seahawk special teams player Lance Laury, made a jarring hit on Bengal Return man Glen Holt during the kick-off and the Hawks had the ball back and only had to run out the clock.

This weekend, the Washington State Democratic Central Committee will be asked to do the impossible. We will have to find a replacement for the Late Karen Marchioro. Di Irons, my fellow 5th legislative district state committee person is seeking that post.
The DNC (Democratic National Committee) is charged with "working with national, state, and local party organizations, framing the national platform, and planning the national quadrennial presidential nominating convention. Our state sends 2 male and 2 female reps to meet with other reps from across the United States.
Di Irons has been a friend, mentor and consultant to me for many years. She serves on the State Finance Committee as well as the Rural and Agricultural Caucus. She has served as treasurer on several campaigns and a three time candidate for public office. Whenever a political event takes place in our corner of the county, you can bet that Di has made to major contribution to it in some way.
Di Irons deserves the position on the DNC and I would urge the committee to join me and vote for her.
Posted by Mike Barer at 11:29 PM 0 comments 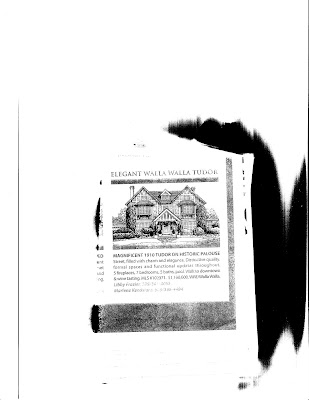 This entry caught my eye in the Puget Sound Business Journal. It does not seem that long ago when it was big news in Walla Walla when a house sold for over 100 thousand. The above pictured house (sorry about the bad quality and small size) on Palouse Street, three houses down from the house where I grew up is listing at 1,100,000 dollars!

Is This The End Of The Line For The Juice? 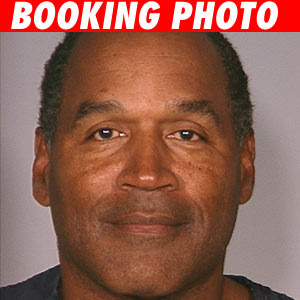 Are we about to go through another OJ nightmare? Sources say OJ Simpson is being held in connection with an armed robbery in Las Vegas. It was 13 years ago when OJ Simpson, a once boyhood hero of mine, was implicated in the murder of his ex-wife Nicole. At the time, OJ had a reputation as one of the sporting world's good guys. Further looks into his life as a retired football player showed that he may not have been the white knight that he was thought to be. He fought the charges by hiring a cadre of the world's best attorney's who then proceeded to create reasonable doubt (yes you can create reasonable doubt) by suppressing evidence, handpicking a jury and by playing to racial fears and prejudices that really did exist in the area.
This time, the aging Simpson's reputation is less than "sterling", his brilliant attorney Johnny Cochran is no longer with us and it may be harder to find a predominately black jury in
Las Vegas. It is important that OJ receive a fair trial and that the wheels of justice bring the proper verdict.
Posted by Mike Barer at 9:26 PM 0 comments 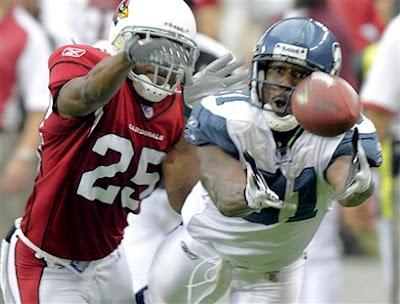 For a short time it looked like the usual story for the Seahawks, slow start, other team gets big lead and the Hawks come back in the second half. This time the Arizona Cardinals did not follow the script.
Down 17-0 toward the end of the second quarter, Matt Hasselbeck found Nate Burleson for a 24 yard touchdown pass. When Lofa Tatupu intercepted a pass in the third quarter to set up a Shaun Alexander touchdown run, it was clear the momentum had shifted in favor of the Seahawks. The Hawks pulled ahead with two Josh Brown field goals.
In the fourth quarter, Cardinal kicker Neil Rackers hit a 56 yard field goal, he had previously missed one at that yardage early in the game. The Seahawks got the ball back and marched down field with smart clock management seemingly on the verge of setting up a game winning field goal. It was not to be as a stunning miscommunication between Hasselbeck and Shaun Alexander caused the Hawks to fumble and lose the ball. The Hawk defense could not pull through and Neil Rackers ended the game with a 42 yard field goal.
Posted by Mike Barer at 9:07 PM 1 comments 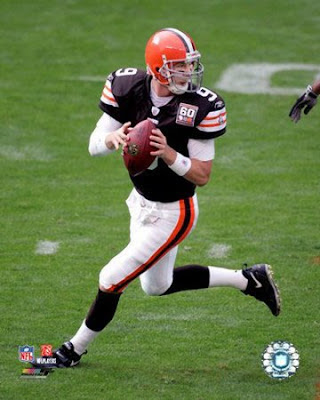 The Seattle Seahawk have acquired Charlie Frye from the Cleveland Browns. Frye is a 3rd year quarterback out of Akron, who through 10 touchdown passes last year. Frye will back up Matt Hasselbeck and Seneca Wallace.
Posted by Mike Barer at 10:26 PM 1 comments 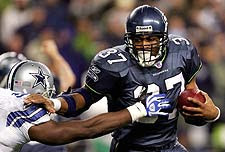 If Seattle Star quarterback Matt Hasselbeck thinks he has gotten flack for giving an autographed football to President Bush, it would be nothing compared to a loss at home to the struggling Tampa Bay Buccaneers. Fortunately, the 'Hawks were able to find their way in the second half as they defeated the Buc 20-6. The Seahawks were up by a thin touchdown halfway the fourth quarter, when Hasselbeck found little used running back Maurice Morris for a 37 yard touchdown. Saun Alexander finished the game with 105 yards and one touchdown.
Matt had been in the unaccustomed role of taking criticism from Seahawk fans for his show of approval for President Bush. Longtime Republican Mack Strong had also experienced some negative reaction. I think that fans should leave politics out of the mix and cheer these two longtime Seahawk stars.
Posted by Mike Barer at 4:23 PM 1 comments 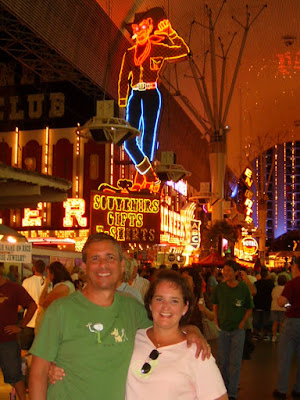 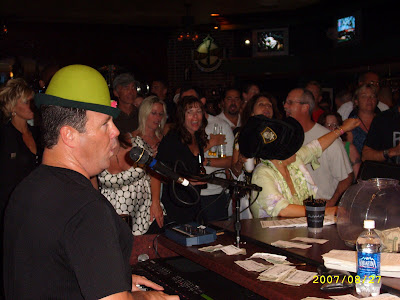 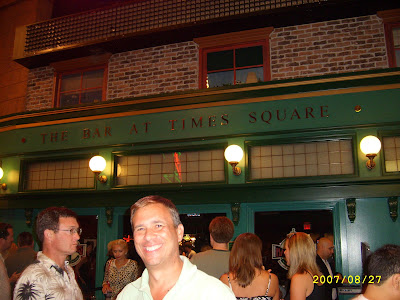 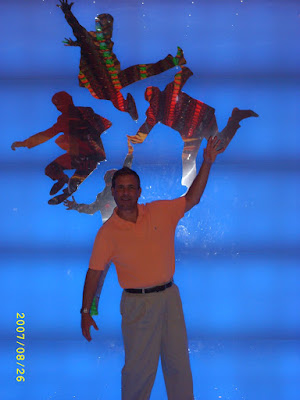 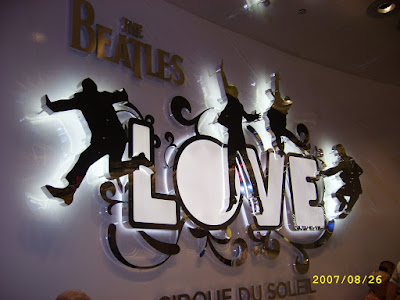 We returned last week from Las Vegas. We went to LOVE, the Cirque de Soleil tribute to the Beatles. We went to the "Bar At Times Square" to see the dueling pianos. That is not me in the green hat, that piano player is much bigger than me. Also, we caught the Fremont Street light show and spent our daytime at the swimming pool. We stayed at the MGM Grand. 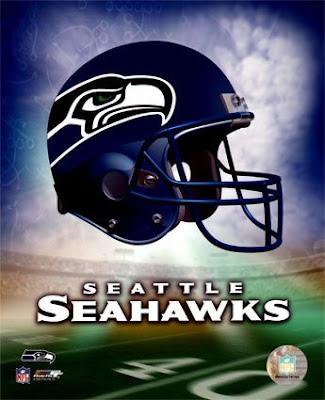 Cindy Callinsky, one of America's most promising new authors, is the daughter of a US Veteran. She is a supporter of the troops yet, in this piece, she questions America's involvement in the Iraq conflict. Please read
Posted by Mike Barer at 7:01 PM 1 comments

There are many web sites dedicated to defunct Radio Stations. I was knocked out by this one on the station where I have so many fond memories, KYYX. 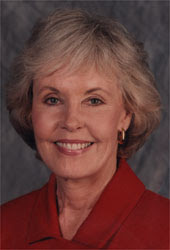 Former Washington 8th District Congresswoman Jennifer Dunn has died. Dunn headed the Washington State Republican party while the late Karen Marchioro headed the State Democratic Party. While it was well known that Marchioro was ill, Dunn did not seem to show any sign of poor health. Dunn's two decades of service to the state earned her praise from both Democrats and Republicans.
Posted by Mike Barer at 6:03 AM 0 comments