My brother Steve reports the WaHi Blue Devil basketball season is not over yet.
Posted by Mike Barer at 10:16 PM 0 comments

After a short search, Washington State University has chosen alumni Bill Moos as it's new athletic director. Moos, a WSU alumni, was previously the AD at University Of Oregon, his contract was bought out after a falling out with Oregon donor Phil Knight. He succeeds Jim Sterk who is now AD at San Diego State.
Posted by Mike Barer at 1:19 PM 0 comments

The Cedar River On A Sunday 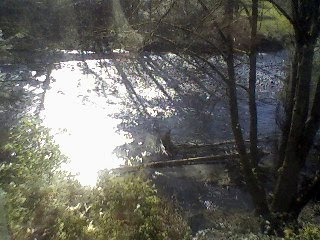 The Testy Chef at 22607 Se 216th Way in Maple Valley is one of the area's more unique restaurant. Just off Highway 169, it has a very modest appearance, but the food is excellent. We went for breakfast last Sunday and took this picture from the deck of the restaurant.
Posted by Mike Barer at 6:16 AM 0 comments 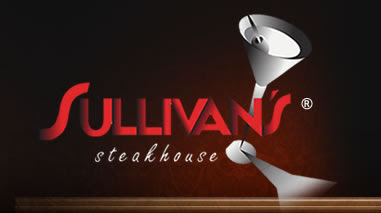 We were in the Palm Springs area on Valentine's Day. A trip to Sullivan's was on the schedule. Sullivan's is at 73505 El Passeo in Palm Desert, El Passeo is the Palm Springs equivalent of Rodeo Drive. Deb and I went along with her sister and her husband and my cousin and her husband. We waited in a crowded bar until our reservation came up--we knew that service could be a little slow because it was Valentine's Day. We were shown our seats and looked over our menus. All ordering our favorite things, the evening was going smooth except that my sister-in-law mentioned that the ladies restroom was not up to par. We mentioned it to our waitress, who seemed to be in command of the evening. She talked to the manager but nothing was done. My wife also mentioned that her steak was not cooked very well. The waitress just said, it will taste better tomorrow after it has been microwaved. As the evening progressed, we ordered a rather expensive bottle of wine. Being Valentine's and we were in a nice restaurant, it seemed like a fun thing to do. When we got our bill however, we were charged for a much more expensive bottle. We mentioned it to our waitress, who brought the manager over. We understood that on Valentine's Day, the employess were a little stressed out, but this manager was hot, accusing us of ripping him off. Nothing could have been further from the truth. After a serious argument which removed any enjoyment we could have had from the evening, the manager relented. We decided to scratch Sullivan's from any further visits in the future.
Posted by Mike Barer at 10:04 PM 0 comments 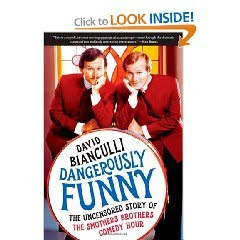 If you watch a show on network TV like Modern Family or 2 And A Half Men and wonder how they get away with "saying that", you may want to thank (or maybe blame)"The Smothers Brothers Comedy Hour". What began with a clean cut pair of brothers who did folk songs with a little comedy mixed in, ended with two angry brothers (eventually with each other) at all out war with the CBS network censors, the government and the Viet Nam War.
David Bianculli writes the history of the brothers, who start out in clubs and work their way up to a "sure to fail" time slot against TV's gold standard, Bonanza. TV viewer may not have been aware about all the battles going on because every taped show had to be submitted to the network censors. The Smothers did not for the most part use bad language or sexual situations. They mostly poked fun at the U. S. Government in ways that now seem quite tame. The show was eventually cancelled after being renewed, triggering an expensive lawsuit. The ironic thing is that had the network allowed the show to run it's course, the show may have been soon forgotten. By sending the show to an early demise, the brothers became a cause celebre and a symbol of the war on the establishment that so characterized the 1960s.
Posted by Mike Barer at 7:01 PM 0 comments 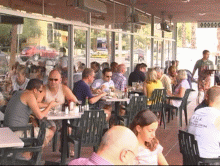 Sherman's is another place not to miss if you are visiting the Palm Springs area. There are two locations, one in the heart of Palm Springs at 401 E Tahquitz Canyon Way and another in Palm Desert. I have eaten at both, Palm Springs is the one you want to stop at. If you are a celebrity watcher, Sherman's is the place to go, so far, I have not found any celebrities there, but everyone is treated like one. Sherman's is a New York style kosher deli. They are hard to find in the Seattle area, now that Brenner's of Bellevue is no longer in business.
Posted by Mike Barer at 5:29 PM 0 comments 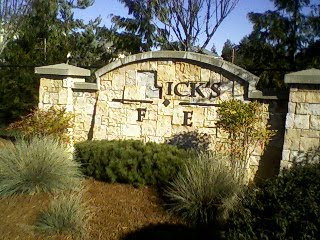 The entry way to "Patrick's Faire", a housing development in Maple Valley across from Belmont Woods appears to have been vandalized. Probably last night. 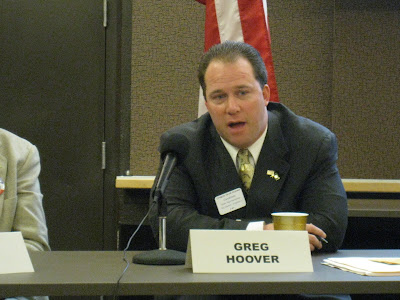 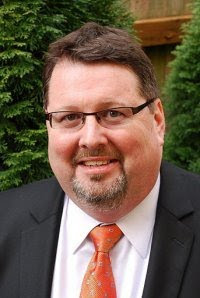 The 5th District Democrats have nominated and endorsed Greg Hoover (top picture) to run for position 1, in the State House Of Representatives in that district. The position is currently held by Republican Jay Rodne. Telecom Consultant Dean Willard (lower picture) was chosen over North Bend teacher David Spring to run for position 2 against GOP incumbent Glen Anderson. The 5th District includes parts of Maple Valley, Issaquah, Renton, Sammamish, Preston, Fall City, And North Bend. While Democrats have won victories in nearby districts formerly belonging to Republicans, Democrats in the 5th have yet to taste a recent victory.
Posted by Mike Barer at 10:29 PM 0 comments 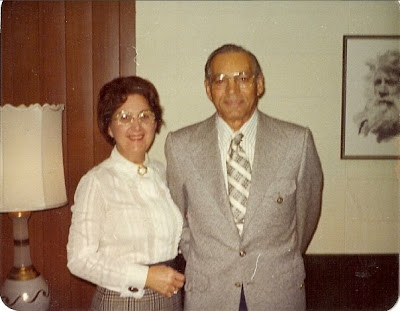 In a classic picture, my Grandfather Barer's brother David with his wife Dorothy. Uncle Dave help build the family business, he was one of the sons in B. Barer And Sons. In Shelby Skates book on Warren Magnuson, tribute was paid to David for being an immigrant from Russia who became a successful Walla Walla businessman. David Barer passed away in 1985. Dorothy left us in 2007. Thank you to Cousin Anea Barer for providing this photo.
Posted by Mike Barer at 10:03 PM 0 comments

I wanted to say a little something about the Old Creek House Restaurant located at 1555 S Palm Canyon Way in Palm Springs. On the way to the airport, my wife and her sister stopped to do some shopping at Steinmart nearby. My nephew was bored and I'm really not a shopping person so I wanted to take him where we could get some ice cream or something. There is really no fast food place near by, so I took him to the Old Creek, in spite of it being a fancy dinner place, we really were treated well and the deserts were fabulous. It may seem like a small thing, but the place made a great impression on me. 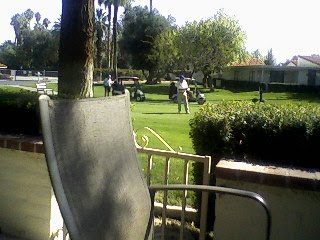 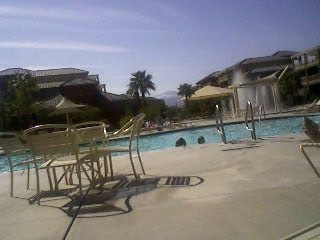 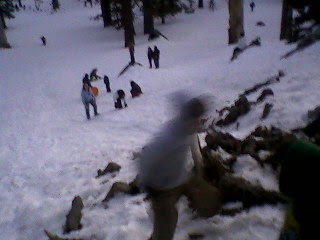 We just returned from a nice weekend in the Palm Springs area of Southern California. We spent the first couple of evenings at my father's condo in Rancho Mirage (above) which adjoins the Sunrise Country Club golf course. The last couple nights were spent at our in-law's time- share in Indio where we were able to enjoy a little time at the pool (middle picture). The last picture was taken at the drop off point of the Palm Springs Aerial Tram, where the 4 feet of snow and cooler temperatures contrasted to the 80 degree warmth at the starting point. Although we go to the desert almost every year, it was our first year taking the tram ride, a must do for anyone visiting.
Posted by Mike Barer at 1:02 PM 2 comments 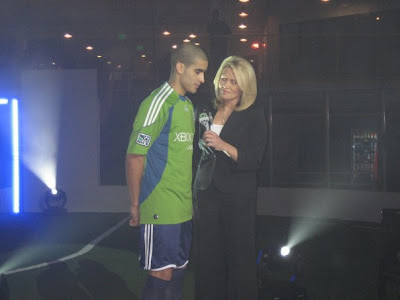 Sources report that Lisa Gangel has left her position as sports anchor on KING 5 TV. Gangel is engage to Seahawk Patrick Kerney. Her departure has lead to speculation that Kearney will not be back with the 'Hawks.
Posted by Mike Barer at 6:19 AM 0 comments

The New Orleans Saints, as unlikely as it sounds, are world champions. After what looked like a blow-out Colts win early on, the Saints, who once were the sign of futility in the league, used an on-side kick, a 2 point conversion, and few balls taking the right bounce to eak out a 31-17 victory over the Indianapolis Colts in one of the most exciting contests ever. With an average of 105 million viewers watching, it beat out the final episode of Mash (1983) to become the most watched television program of all time. It may put to rest the myth that the contest needs teams from major markets to draw viewers.
Posted by Mike Barer at 10:18 PM 0 comments


I finally found a clip suitable for this blog. Billy Joel rocking out to "Purple Haze".
Posted by Mike Barer at 11:48 PM 1 comments 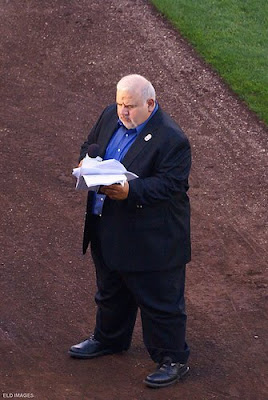 "New York" Vinnie Richichi, whose unorthodox radio delivery helped put sports radio on the map in the Seattle area, is leaving town for a new sports station on the East Coast. Pioneer radio station KDKA is launching an all live and local sports station at 93.7 fm in the Pittsburgh area. It will go by the nickname "The Fan".
Richichi will co-host a mid-day radio show with Pittsburgh Post-Gazette columnist Ron Cook. New York Vinnie had lived in the Seattle area since 1993, when he arrived at KJR as it was beginning it's long run as a sportstalk station. With a strong New York dialect, he endeared himself to fans with his passion for baseball during a time when Seattle was struggling to keep it's team.He is often credited with helping to get Safeco Field built. He also used his radio pulpit in the fight to get the Seahawk's Qwest Field built.
He would later work at KIRO-Radio and occasionally at Q-13. Best of luck, Vinnie!
Posted by Mike Barer at 8:54 PM 0 comments 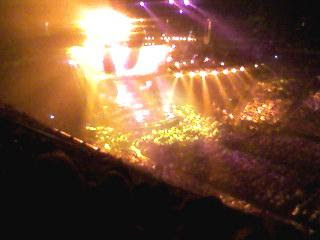 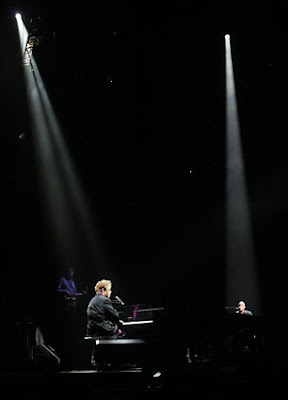 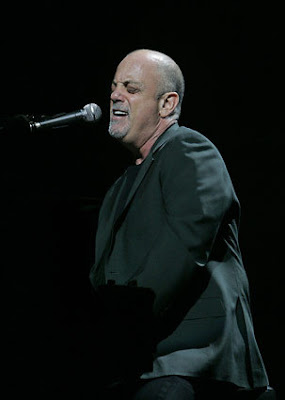 There are certain concerts that once you see, you never forget. Last night we saw Billy Joel and Elton John perform at the Seattle Center. We originally had tickets to see them last November, however Elton came down with the flu and cancelled at the last minute. These two giants of rock have recorded enough material to perform into the wee hours of the morning and they almost did. Although the two piano players meshedwell as they played together, both at the beginning of the show and the later encore, their solo acts were a contrast. John apologized for cancelling the first performance, but rarely addressed the audience. When he did, it was very formal. He stayed for the most part at his piano without the stage antics that he was known for early in his career.
Billy Joel on the other hand, showed a little New York spice, making barbs about some of his previous Seattle venues (the Tacoma Dome and the now defunct Fresh Air Tavern), he freely spoke to the crowd and turned his piano to each side. He shocked the crowd with a raucus version of Seattle icon Jimi Hendix's classic "Purple Haze". He also introduced his band. Elton did not.
To wet our appetites for the performance, we watched Elton John perform with Lady Gaga on TV last Sunday on the Grammy Awards.