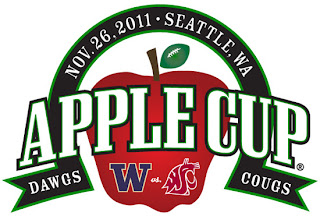 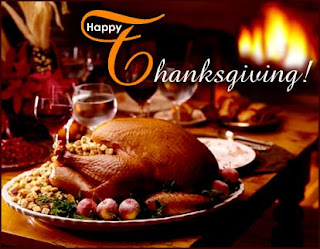 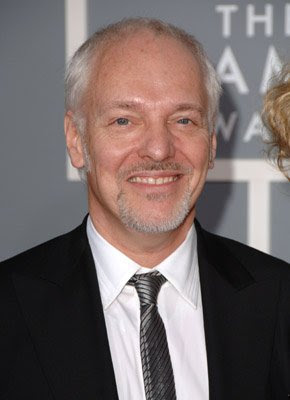 In spite of having three colleges including one that has now attained University status and a growing reputation as a wine tasting destination, Walla Walla has never been a haven for rock concerts.  I can remember watching Tower Of Power and Climax Blues Band in Coordiner Hall  at Whitman College, but usually artists appearing there are on the way up, on the way down or just known locally.
However, the Walla Walla Union-Bulletin reports that Peter Frampton, whose live '76 release, Frampton Comes Alive was a monster hit, will appear at the Dietrich Dome on the Walla Walla Community College campus on March 24th.   The story by reporter Alfred Diaz, cites the James Gang, and Al Stewart as well known Rock bands that have recently played in the area.
Posted by Mike Barer at 10:24 PM 1 comments 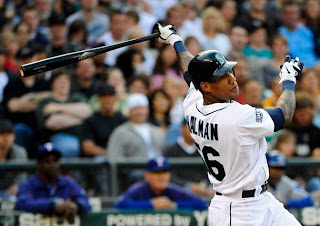 Mariners fans are waking up to the tragic news that outfielder Greg Halman was stabbed to death in his native country of The Netherlands.  His brother is being held as a suspect.
Halman had started at all three outfield positions for the M's in the early season, then was optioned to Tacoma.
Posted by Mike Barer at 6:40 AM 0 comments 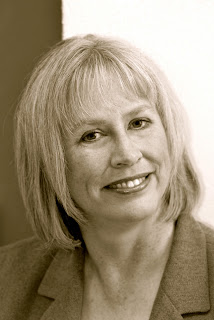 The 5th District Democrats welcomed old friends back at it's monthly meeting last Wednesday.  Former State Senator Kathleen Drew  stopped by to announce her candidacy for Secretary Of State.  Drew brought along husband Steve, the current Thurston County Assessor.  Drew was the first and, at this point, the last Democrat to represent Washington's 5th Legislative District.  The former Issaquah residents were very active with the 5th Democrats until Kathleen was appointed to a position in Governor Gregoire's administration in 2005 and the family moved to Olympia.
Drew hopes to break a 46 year run of Republicans serving in the position best known for running state elections.  The last Democrat to serve that position was Vic Meyers (a Seattle band leader) who was defeated by Lud Kramer in 1964.  The current Secretary, Sam Reed has announced that he will not seek another term.
Posted by Mike Barer at 11:35 AM 0 comments 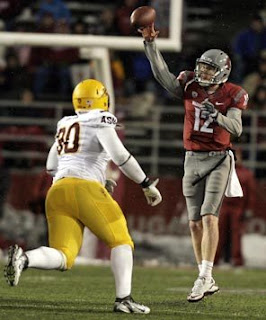 In an electrifying performance, 3rd string freshman quarterback Connor Halliday, passed for 496 yards and 4 touchdowns to lead the WSU Cougars to a 37-27 victory over the Arizona State Sun Devils.  The Cougs had been 12 point underdogs to a strong ASU team coached by Dennis Erickson.
Posted by Mike Barer at 10:12 AM 0 comments 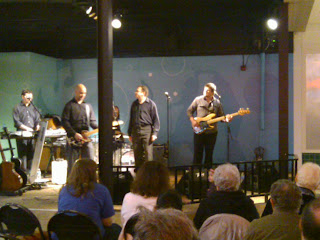 We watched Seattle based Beatles tribute band Creme Tangerine at Bellevue's Crossroads Mall last night.  The band played  a wide range of Beatles music to a capacity crowd at the main stage.  The  Crossroads Mall on Northeast 8th and 156th Ave NE in Bellevue features free entertainment every Friday night.
Posted by Mike Barer at 7:45 AM 0 comments 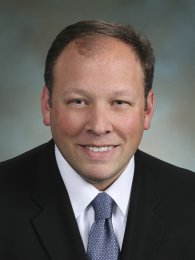 A caucus of Democratic PCOs from Seattle's 46th District has picked Representative David Frockt to move to the Senate, Frockt, a Seattle attorney is in his Freshman year as a legislator. Frockt's nomination will now go to the King County Democratic Central Committee, where if approved, will move to the King County Council.  The seat became vacant in late October by the sudden passing of Scott White.  If Frockt is approved by the KC Council, he will begin his duties as Senator and the 46th will convene again to pick someone to replace Frockt in what would be his former position.
The State Senate, the upper house of the Washington State Legislature has one Representative from each district, making it half the size of the House and giving each member a more powerful vote.
The caucus was held in North Seattle's Olympic View Elementary School.  In addition to the vote, a dinner raised $500 for the Scott White Memorial Education Fund.
Posted by Mike Barer at 9:54 PM 0 comments

So Long To Boxing Icon

Former Heavyweight Champion Joe Frazier has passed away  from Liver Cancer.  Above is the fight vs George Foreman where Howard Cosell made his famous "down goes Frazier" call. For more on Frazier's life, click here.  My brother Steve wrote a beautiful tribute to the boxing legend.
Posted by Mike Barer at 10:46 PM 0 comments

As Seattle is often seen as the crown jewel of the State Of Washington, Spokane has often been seen as an afterthought  It is the second largest city in Washington and the hub of Eastern Washington. I believe it is also the largest city between the Cascades and the Twin Cities.
In 1974, Spokane would have it's day in the sun.  Expo '74 was Washington's second world's fair in 12 years and the second of three in the Northwest.  Vancouver would put on an Expo in '86.  The theme of Expo '74 was to preserve the environment, it was very relevant at the time since America was feeling the effects of the energy shortage.
I was fortunate that I was able to visit the Expo with my family, since Spokane was only 2 hours away from Walla Walla, where we lived at the time.  We had also visited the Century 21 Fair in Seattle in 1962, but was only 5 at the time and barely remember it.
.  At the time, Spokane was the smallest city to host a World's Fair.  Although it may not have made money, it was a boost to the community. The city was left with a beautiful park in what once was an area that was considered a local eyesore.  They also can look back to the time when they were the world's destination.  There may even be people who were so impressed by the town's warm hospitality, that they moved and settled into the area.
Posted by Mike Barer at 7:15 PM 0 comments

In a move that expanded it's coverage multi-fold,  Seattle Sports Radio KJR has begun to simulcast it's programming on 102.9.  The move will allow it's signal to heard clearly in isolated places like Maple Valley, where it can be scratchy and nearly impossible to hear at night.  It will also allow me to listen on my ipod, which has an FM band, but no AM.  The move was announced today and programming began immediately.
Posted by Mike Barer at 8:32 PM 2 comments 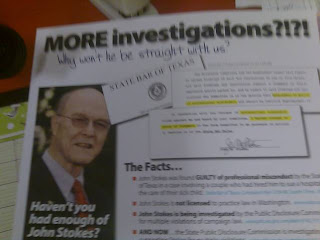 This is the reason that the last month of a campaign season is so excruciating.  Hit mail is a candidate's way of figuratively punching your opponent in the nose.  It is sent to sabotage a campaign. This piece was mailed out in the Bellevue area, attacking John Stokes, a candidate for Bellevue City Council.  To many casual voters, this is the only information that they will get on the candidate. The groups who mail these care little about the message that ultimately comes across, or the circumstances involved, or that it can turn off the electorate and pollute the airwaves and our mailboxes.
We learn that it's not whether you win or lose, but how you play the game.  The people sending out this message have a different outlook.
Posted by Mike Barer at 6:06 AM 0 comments 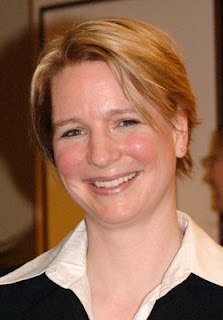 Darcy Burner, who ran twice unsuccessfully in Washington's 8th Congressional District, has announced that she will run again.   This time Burner will run for the House seat being vacated by Democrat Jay Inslee, who is now running for Governor. Representing the more urban areas on the Eastside, the 1st is considered an easier district for a Democrat to win. The problem for Burner, several Democrats, including the very seasoned former LegislatorLaura Ruderman, have announce their desire to run for that seat.   Burner, a former Microsoft executive, is one of the first Washington politicians to embrace new technology as it has pertained to campaigning. She has been very skilled at raising campaign funds through Netroots, a national network of liberal bloggers.
Posted by Mike Barer at 9:58 PM 0 comments 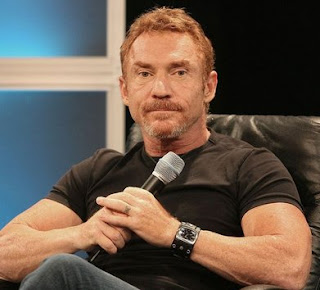 Danny Bonaduce, a child TV star from the early 70s who became famous or infamous for erratic behaviour and arrests in recent years, is coming to Seattle to be the "morning drive" host at KZOK.
Bonaduce played Danny Partridge in the early hit show "The Partridge Family", a scene stealing "Dennis The Menace" type.  Bonaduce fell into rough times after the series about a fictional family pop music act ran it's course.  Unlike a number of other former child stars, Bonaduce has survived and  endured.  According to "Blather Watch" a blog reporting on local radio, Bonaduce is coming off a gig in Philadelphia and will begin his stint on 102.5 on November 14th.
Posted by Mike Barer at 7:54 PM 1 comments