Thanks to "you tube" I can check in on my alma matter, The Wa-Hi Blue Devil football team.
Posted by Mike Barer at 8:06 AM 0 comments

Dasher On The Run

I took Dasher to Bellevue's Robinswood Park where he  could run leash-free with his pals.  My wife and I later took him to the Lake Hills Greenbelt for a long walk on the trail.
Posted by Mike Barer at 10:27 PM 0 comments


We went to the Evergreen State Fair to watch the figure 8 races. The races are exciting because the shape of the track forces cars to intersect in front of others causing collisions and breathtaking near collisions. 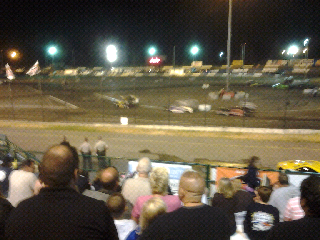 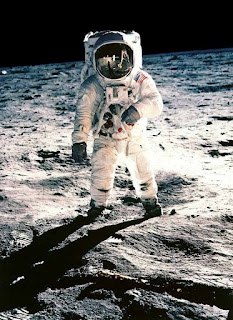 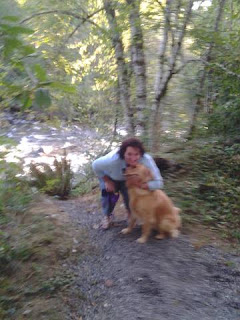 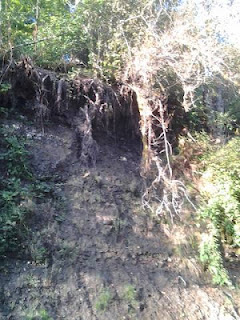 Last Sunday Deb, Dasher and I took a ride around the Maple Valley country side.  We decided to walk down the Cedar River Trail, starting across the street from the Landsburg Dam and Cedar River Watershed.  We walked above the banks of the river found a tree with the ground eroded beneath it(bottom picture)..
Also a house with picnic grounds and a volleyball court (middle picture).  In the top picture, Deb is posing with Dasher by the river.  It made for a fun afternoon.
Posted by Mike Barer at 11:17 PM 0 comments 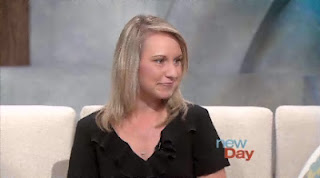 King 5 Morning News Traffic Reporter Tracy Taylor has announced her engagement.  Taylor is one of Seattle's most popular media personalities, starting with her days reporting traffic on Sportsradio 950  KJR.  She has been with KING TV for over 2 years now and also has a blog where she has spoken openly about her life off camera. According to Tracy's facebook posts, a summer wedding in 2013 is planned.
Posted by Mike Barer at 10:54 PM 3 comments 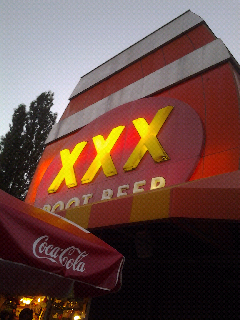 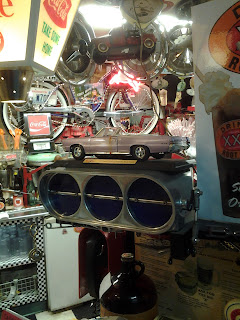 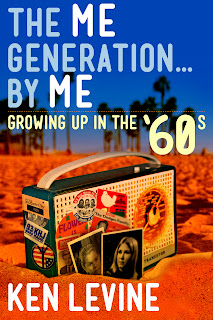 Part time Mariner announcer Ken Levine will be signing copies of his book "The Me Generation By Me" Monday August 20th at the Mariner team store.  Levine, also a TV writer, will be at the store from 5 until 7.  A ticket to the game is not needed to get in.  Levine rotates with several other announcers  as sidekick to Rick Riczz as the Mariners have not found a replacement for the Late Dave Niehaus.  In addition to Ken's book, you can also get Ichiro gear at half price.
Posted by Mike Barer at 11:10 PM 0 comments 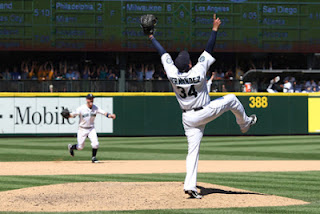 Mariner Ace Felix Hernandez became the first on the team to pitch a perfect game.  A perfect game means that not only did the other team not get a hit, but no batter from the opposite team reached first base. It was only the 23rd perfect game in baseball history.  It was also the Mariners' second straight one run victory on the Tampa Bay Rays.  The Mariners came from behind last night and beat the Ray's 3-2 with Eric Thames walk-off single.
Posted by Mike Barer at 10:57 PM 0 comments 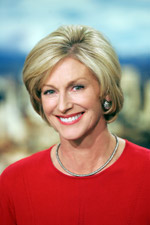 When someone is on TV for decades, they can seem almost like part of your family and that couldn't be more true than with Kathi Goertzen. Goertzen co-anchored the KOMO evening new for the better part of 30 years, her pairing with Dan Lewis was one of the longest running news teams west of the Mississippi.
Kathi was a classmate of mine at Washington State University although I really didn't meet her until years after we graduated.  I asked if she remembered me, she said I looked familiar.  We lived in the same dorm in our freshman year. She was in the Com. Department and so was I.  We didn't have any classes together and we where always going in different directions when I saw her.
But one thing for sure is that I was proud of her.  In a time when local news anchors seemed to be just pretty faces, she brought a real articulate, thinking dimension to the evening news.
When her fight began with her brain tumor, she brought her viewers along, sharing her deepest feelings, because as much as her viewers thought of her as a member of the family, she must have had many of the same feelings about them.
Kathi is gone now and a city that only two years ago was devastated by the passing of another longtime broadcaster Dave Niehaus is now in mourning again.
Posted by Mike Barer at 10:58 PM 0 comments 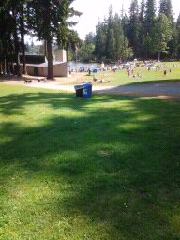 Maple Valley's most popular park and public beach, Lake Wilderness was packed as temperatures were in the 80s this last weekend.  I rode my bike over to get a little sunshine as the cooler weather could be arriving soon.
Posted by Mike Barer at 10:27 PM 0 comments 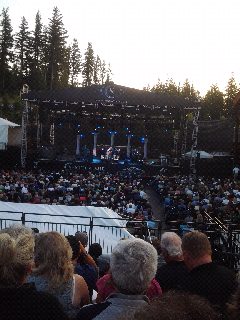 Kenny Loggins entertained a packed house in a twilight outdoor concert at the Snoqualmie Casino.  From the soft  and sweet "Danny's Song" to the riveting "Danger Zone" Loggins had the audience dancing, clapping, and singing along.  He even though in his Christmas song "Celebrate Me Home" although the holidays seemed the furthest from the minds of concert goers in the middle of August.   Loggins was born in nearby Everett, Washington, although he was raised in California
Posted by Mike Barer at 11:58 PM 0 comments 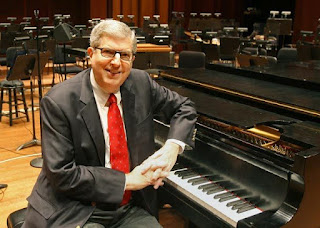 It was only two months ago that I saw Marvin Hamlisch in concert.  He was principal pops conductor of the Seattle Symphony.  He also held the same position in Milwaukee, Pittsburgh, and a few other cities.   I thought it was a real treat to see him perform.  He had after all won every major award for his composing and arranging.  It was a very entertaining evening, so I was totally shocked to hear of his death today.
Posted by Mike Barer at 11:06 PM 0 comments 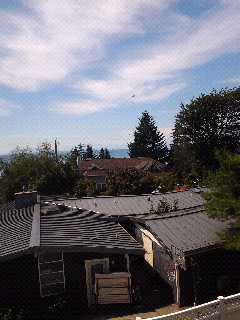 Those are not bugs or dots, but a futile attempt to capture the Blue Angels in flight.  We watched the air show which is part of the annual Seafair festival at a party in Mercer Island.
Posted by Mike Barer at 10:24 PM 0 comments

TO Signs With Hawks 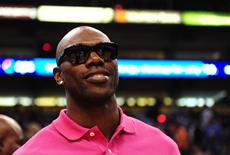 He's been out of football for more than a year and is 38 years old, but Terrell Owens is now a Seattle Seahawk. The talented but troubled wide receiver will be playing for his sixth NFL team.  He started his career with the San Francisco 49ers.  In a nationally televised game, Owens caught a touchdown pass in Seahawk Stadium, then pulled a pen out of his sock, autographed the ball and gave the ball to someone in the stands.  Although the incident has now been largely forgotten, local sports talk radio will undoubtedly try to hammer it back into the Seattle sport conscience.
A 6 time Pro Bowler, Owens also had stints with Philadelphia, Dallas, Buffalo and Cincinatti.
Posted by Mike Barer at 9:40 PM 0 comments 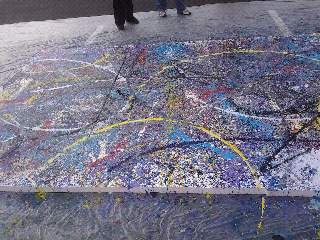 This is just a piece of the gigantic artwork that was on display at the Issaquah Art Walk.  The Art Walk is set on Front Street. It takes place on the First Friday of the month from May until September.
Posted by Mike Barer at 8:01 PM 0 comments 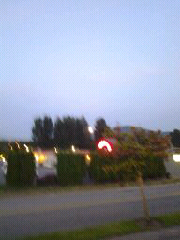 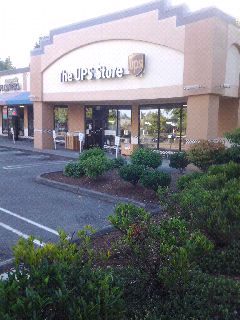 First of all, CONGRATULATIONS!
The UPS Store in Crossroads, now newly remodeled, can pack all of your belongings including bicycles and ship them anywhere in the world.  We are open Monday through Friday 8:30-7 and Saturday 9:30-3:00.  Located at 15600 NE 8th St B-1 Bellevue, WA 98008.  We look forward to meeting all of you.