Another Great Summer Song
Posted by Mike Barer at 6:54 AM 0 comments 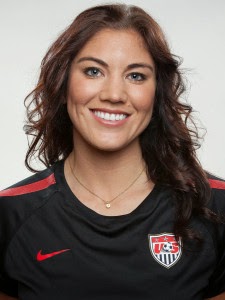 We should be proud to have Hope Solo living in the area, she is a two time Olympic gold medal winner.  She is a lifelong Washington state resident, growing up in Richland, attending the University of Washington and playing for the hometown Seattle Reign Women's Soccer team.  She is considered one of the best goalkeepers in the game.  She was also a contestant on Dancing With The Stars, one of the few if any contestants to clearly identify with the Seattle area.
With a very easy to remember name and being a top female athlete comes challenges, incidents that would maybe be unnoticed by news media become big stories when a well known figure is involved.  We are saddened to hear of Hope's current troubles and hope (no pun intended) that she can get proper support to give this story a happy ending.

End Of An Era At Temple B'Nai Torah 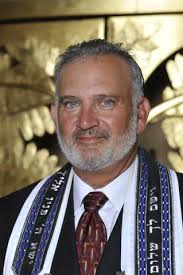 Rabbi James Mirel lead his last Shabbat service this weekend.  Mirel is retiring after holding the positiion of senior rabbi at Temple B'Nai Torah for 29 years.
We met Rabbi Mirel after our engagement in 1994, I was not affiliated with any temple  and approached him to see about officiating at our  ucoming wedding.  We attended a Friday night service at the temple, then located on Mercer Island and was inspired by the welcomeness and the spirituality.  As things turned out, we had a different rabbi, along with a minister offiate at our wedding, but I knew that we would join TBT,  which would soon move to the Crossroads area of Bellevue.
Rabbi Mirel would fly to Walla Walla in 2009 to officiate at my brother's wedding. 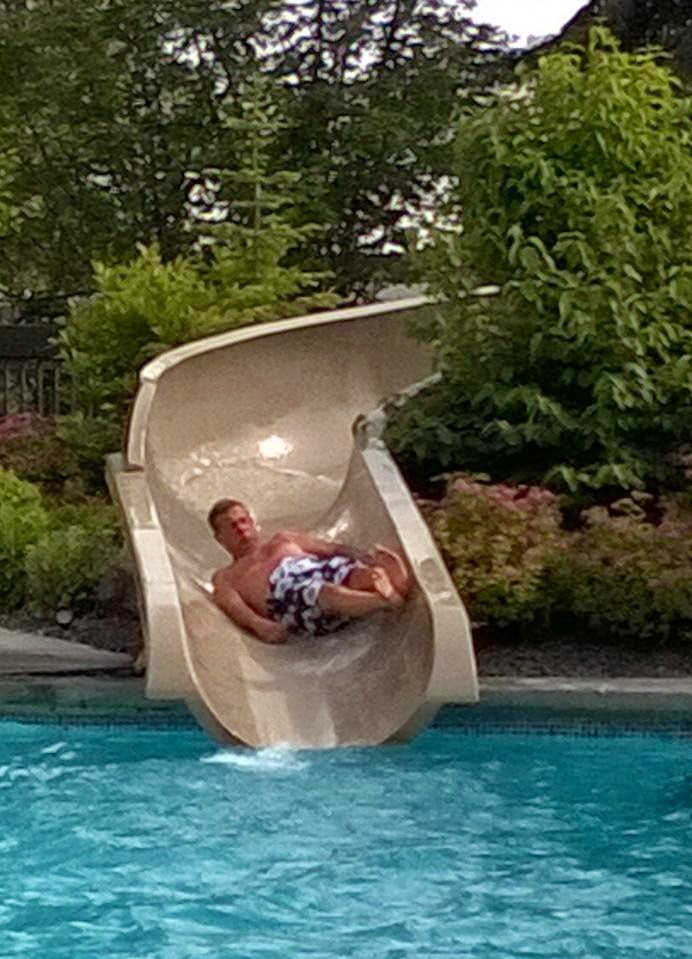 We were only in Spokane for a couple of days, but had so much fun, it generated at least 4 blog posts. My cousin took this picture of me going down the slide at the Red Lion Hotel swimming pool.  This was Saturday afternoon, right after getting out of the convention.  Refreshments are served poolside.
Posted by Mike Barer at 11:18 PM 0 comments 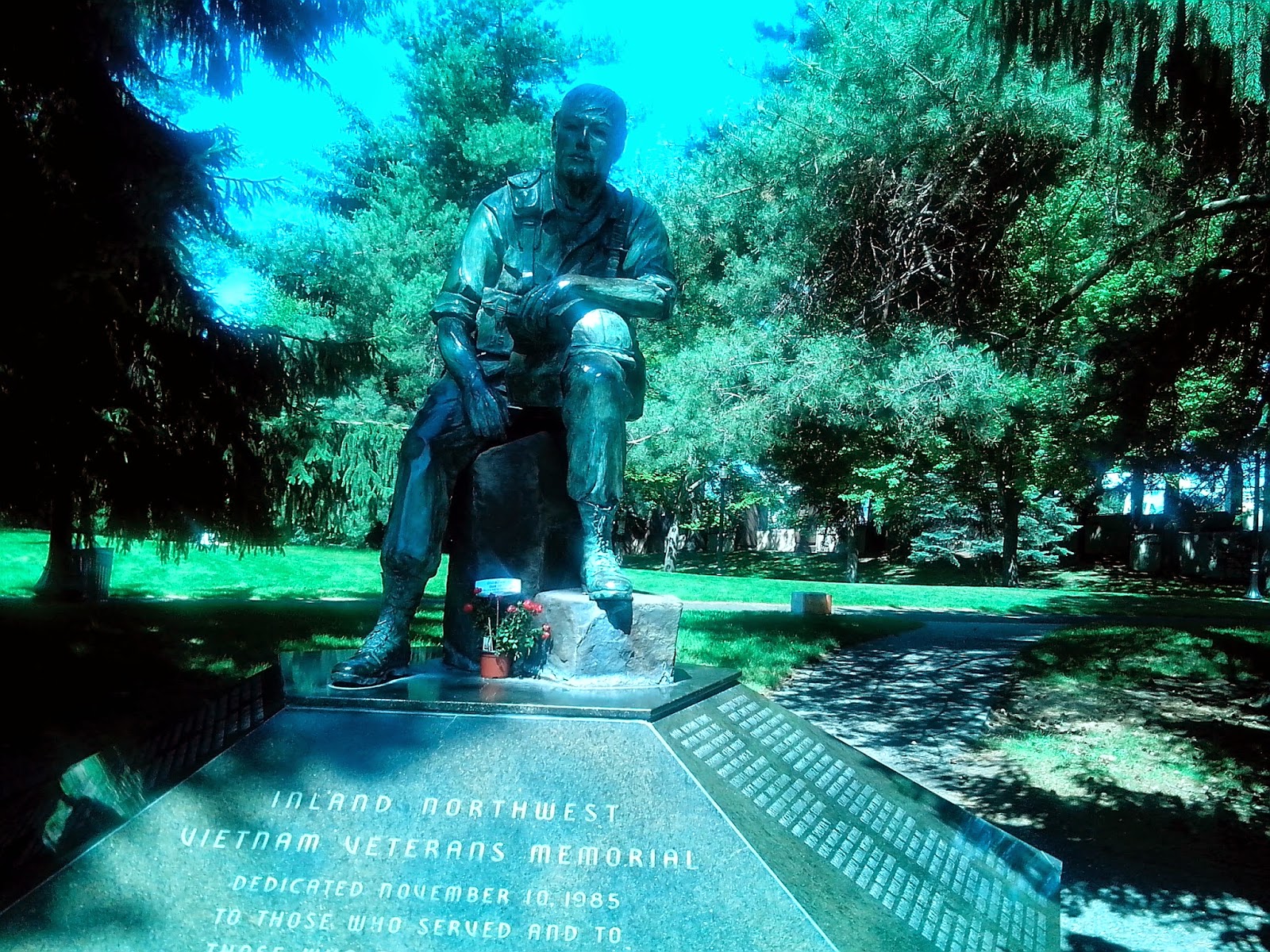 While walking through Riverfront Park in Spokane, I came across a beautiful statue.  It was the Vietnam War Memorial dedicated to the soldiers from the area who lost their lives in the conflict.
Posted by Mike Barer at 11:19 PM 0 comments 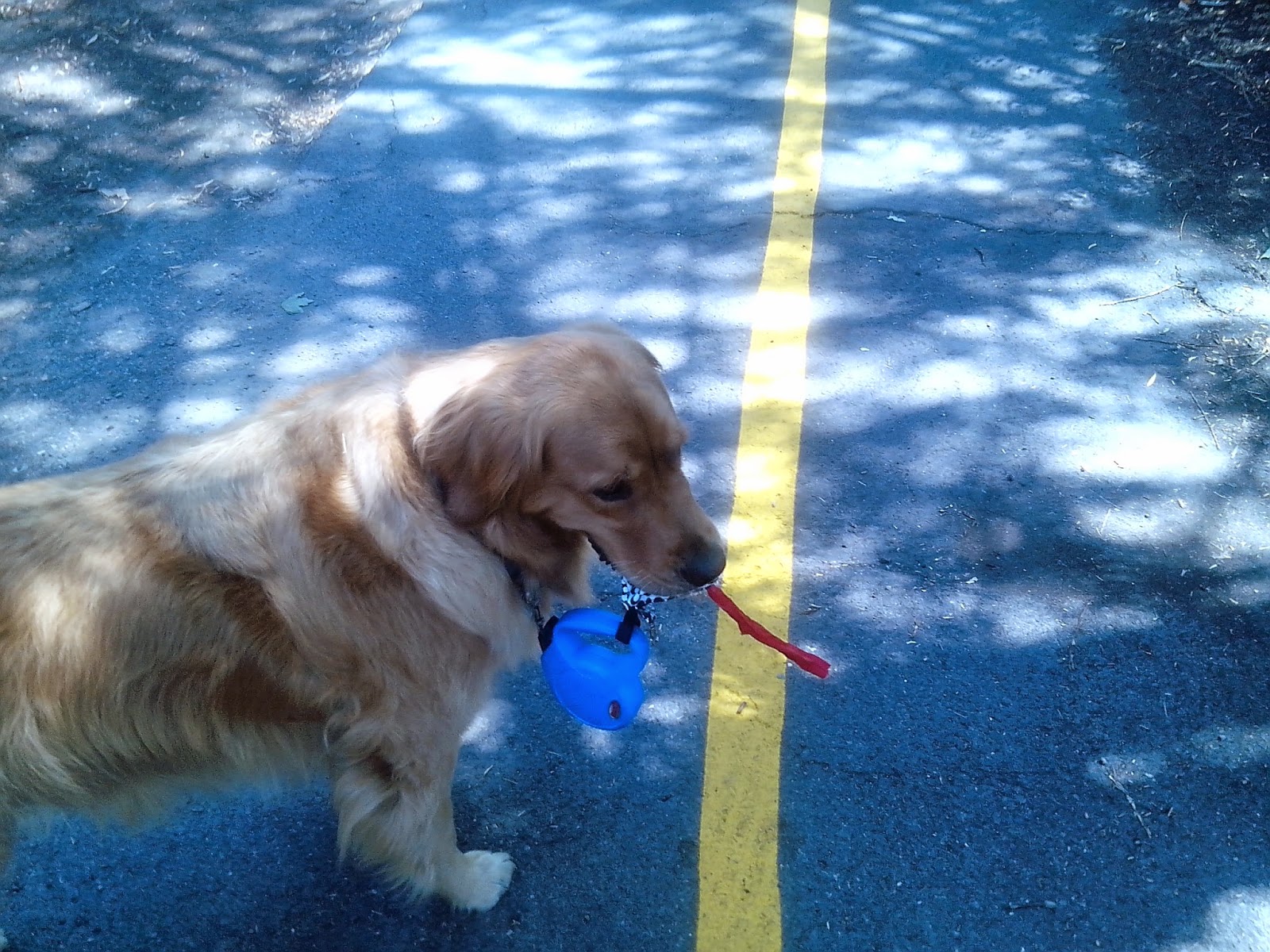 The sight of Dasher carrying his leash through Riverfront Park and also through the Red Lion Hotel, caused jaws to drop,  all sorts of strangers came up to pet and compliment him. Many also took his picture.
Posted by Mike Barer at 8:44 PM 0 comments

Email ThisBlogThis!Share to TwitterShare to FacebookShare to Pinterest
Labels: Dasher and his leash 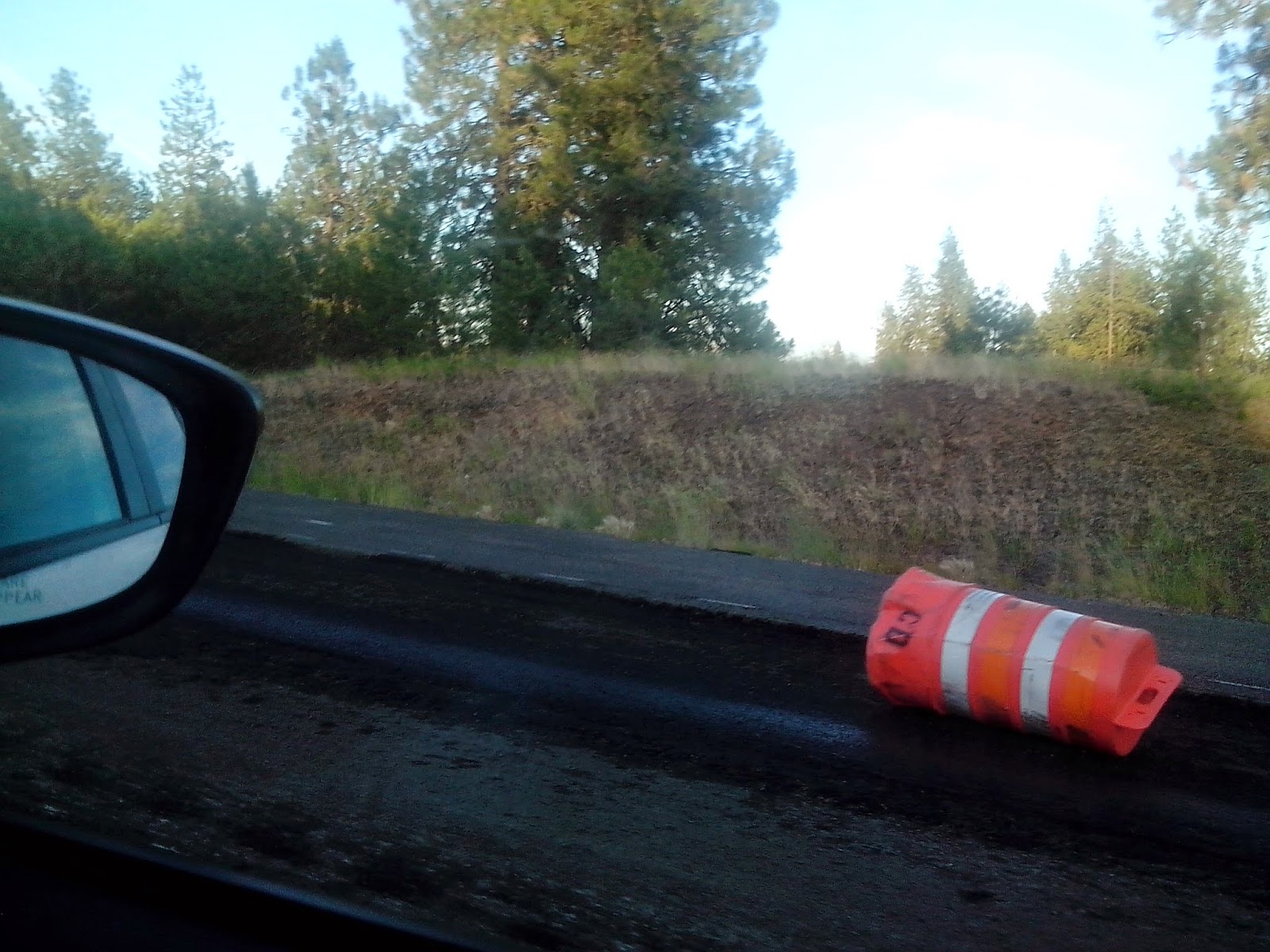 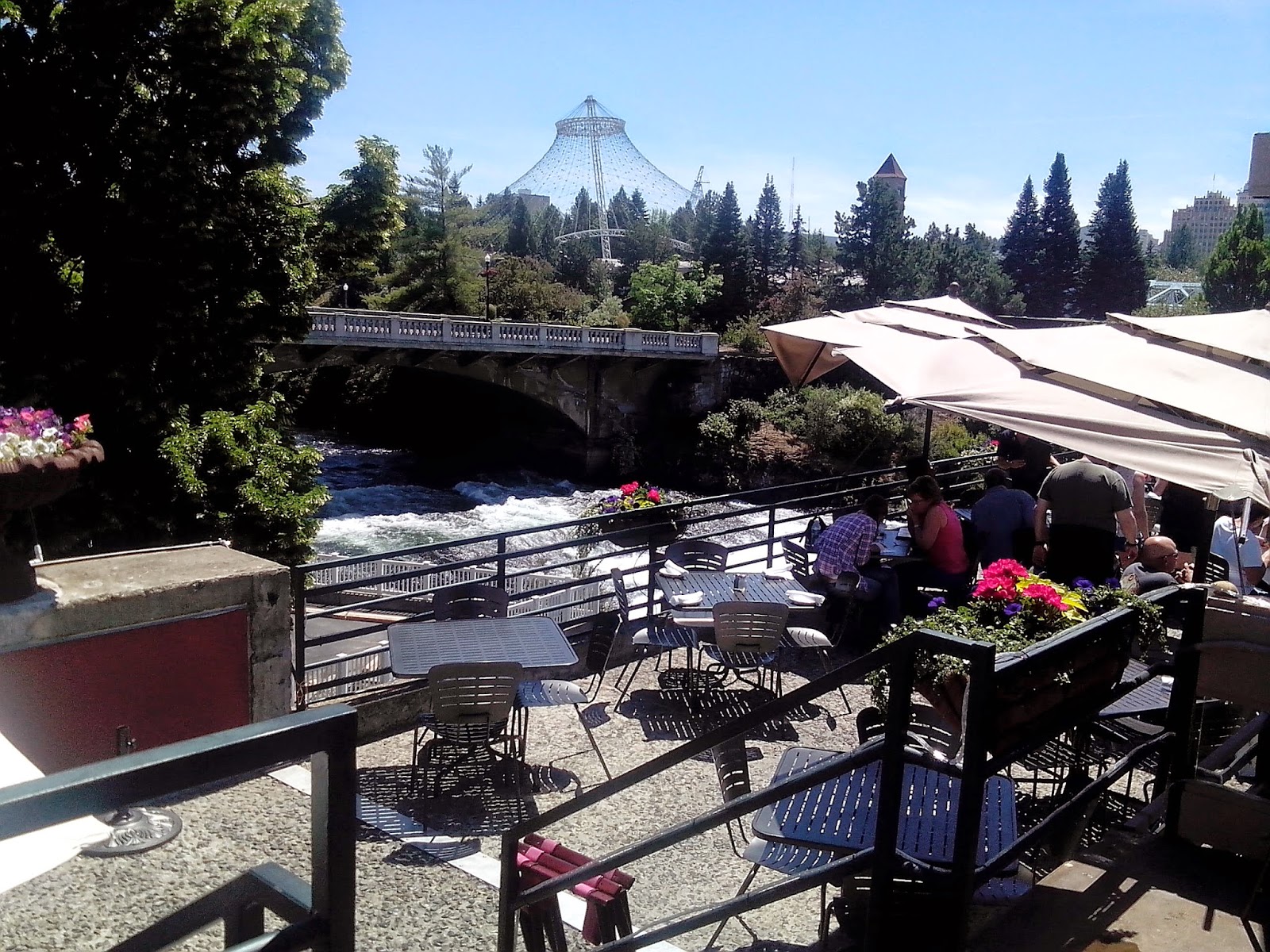 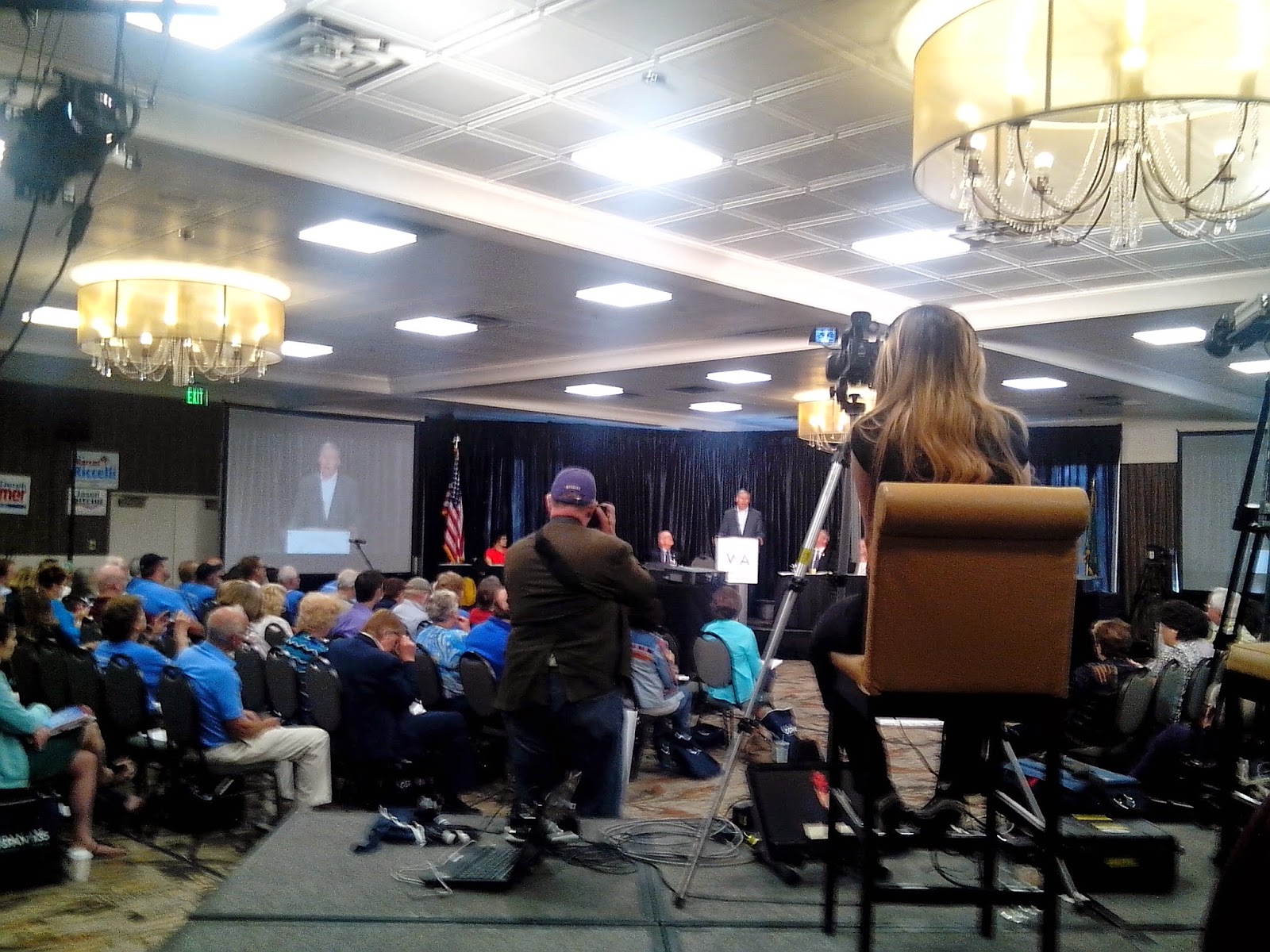 We drove to Spokane last weekend to attend the Washington State Democratic Convention.  My cousin and her husband were also visiting Spokane and under the original plan, we would have dinner with them and then attend some hospitality suites.
What we did not plan for, was a massive road construction project on I-90 (top picture). It took us an unbelievable hour and a half to go a mere 30 miles into the city.  Even as Seattle area residents, we are not accustomed to such long traffic delays.
We stayed at the Red Lion At The Park, our room over looked the beautiful Riverfront Park where Expo 74 was held (middle picture).
The next morning, a breakfast was held with speakers like Attorney General Bob Ferguson and State Senator Andy Billig spoke.
The Convention feature Governor Jay Inslee (bottom picture) as well as a number of local community leaders.  After a lunch with some of my former 5th District Democratic leaders at Clinkerdaggers at the Flour Mill.  We returned to the convention to begin working on the platform.
Posted by Mike Barer at 6:34 AM 0 comments 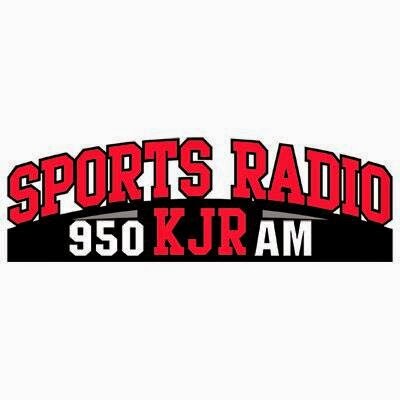 Not so very long ago, listening to Sports Radio 950 was a passion you could share with all of your sports buddies.  Water cooler discussion were based on what outrageous thing Mitch or Softy may have said during a particular broadcast day.
In 2002, KJR won the rights to broadcast Washington HuskyFootball and Basketball, as a consequence, the station became something of an unabashed booster of the Husky programs.  While I continued to listen, many WSU Cougs abandoned the station.
Yesterday, it was announced the U-W sports were returning to KOMO1000.  Does that mean Cougs will come back?  Time will tell.
Posted by Mike Barer at 6:47 AM 0 comments 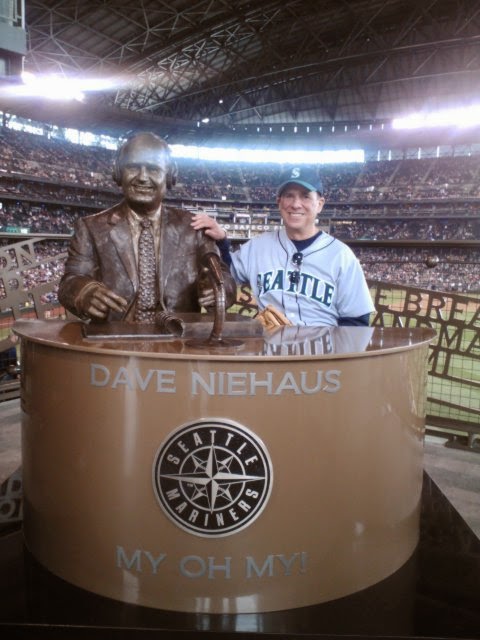 We took my Dad to Safeco Field on Father's Day to watch the Mariners play the Texas Rangers.  Here I am at the statue honoring the great Mariner announcer Dave Niehaus.  Perhaps, rubbing the stature's shoulder gave the team good luck.  The Mariners broke a 5 game losing streak, beating the Rangers 5-1.
Posted by Mike Barer at 6:36 AM 1 comments 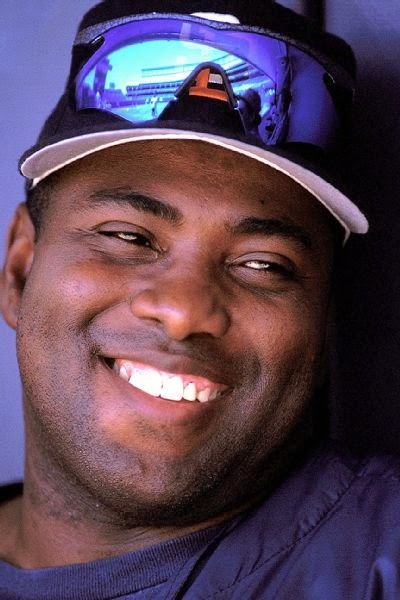 The San Diego Padre Hall Of Famer died today of cancer.   He played early in his career for San Diego's single A team the Walla Walla Padres.  A Sports Illustrated article on him mentioned his start in Walla Walla, one of the few times up to then that the town got national sports recognition.
Known as Mr. Padre, Gwynn had 3141 hits in his Major League career.
Posted by Mike Barer at 9:15 AM 0 comments 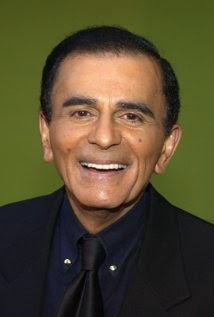 Casey Kasem, who brought America the Top 40 countdown has died.  The iconic Kasem was popular for not only playing the most popular songs from number 40 to number one, but also for humanizing the music business.  Kasem would tell anecdotes about various Rock acts.
Things have changed but until Kasem's show played in Walla Walla on K-HIT in the 1970, you could only hear Rock music at night from Monday until Saturday.  The only other way was to listen to the scratchy (from distance) Tri City stations.  K-HIT, at the time, was under new ownership and in the process of modernizing. Now on Sundays, teenagers like myself had music on the radio that we could enjoy listening to.
By strange turn of events, Kasem died in Gig Harbor, about 35 miles from Maple Valley.  It was after a very ugly battle amongst family members. Maybe now we  will remember Casey from the right way.  As the man who gave us "....the hits from coast to coast."
Posted by Mike Barer at 11:04 PM 0 comments 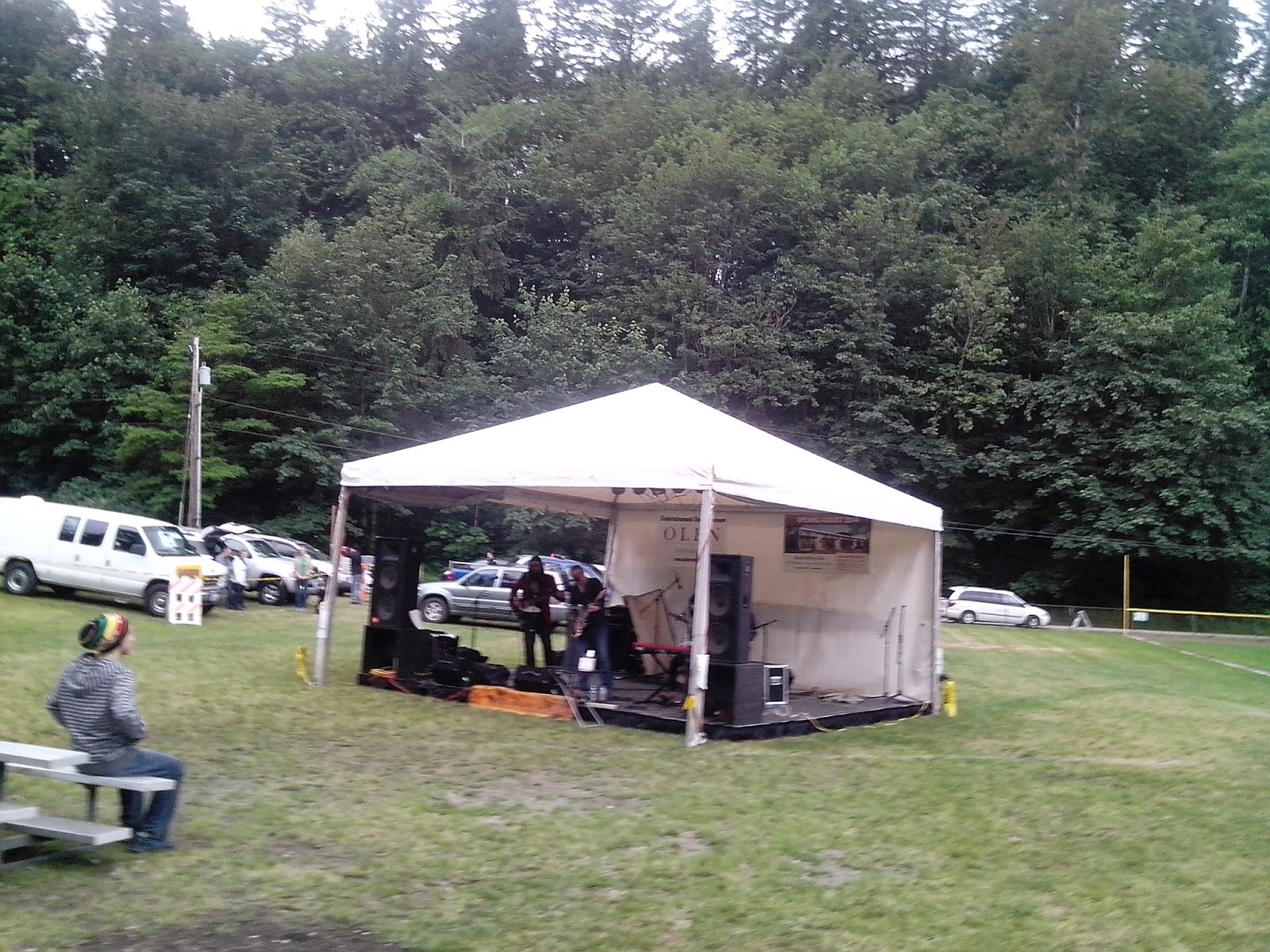 We caught the Peter Benjamin Band at Maple Valley Days until the rain came pouring down.  Even though it looks sparse, there actually was a decent crowd on hand enjoying the music, which ranged from standards from artists like Bruce Springsteen and Buddy Holly, to the band's own material.  Maple Valley days is an annual festival, taking place in Lake Wilderness Park.
Posted by Mike Barer at 9:17 PM 1 comments 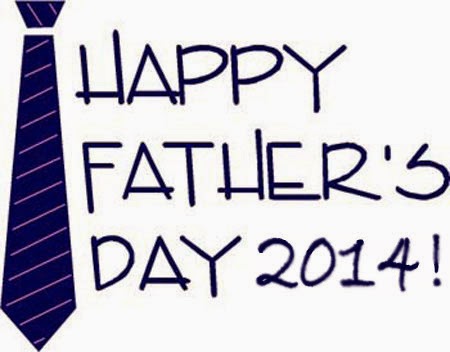 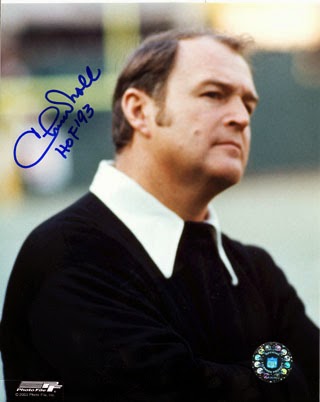 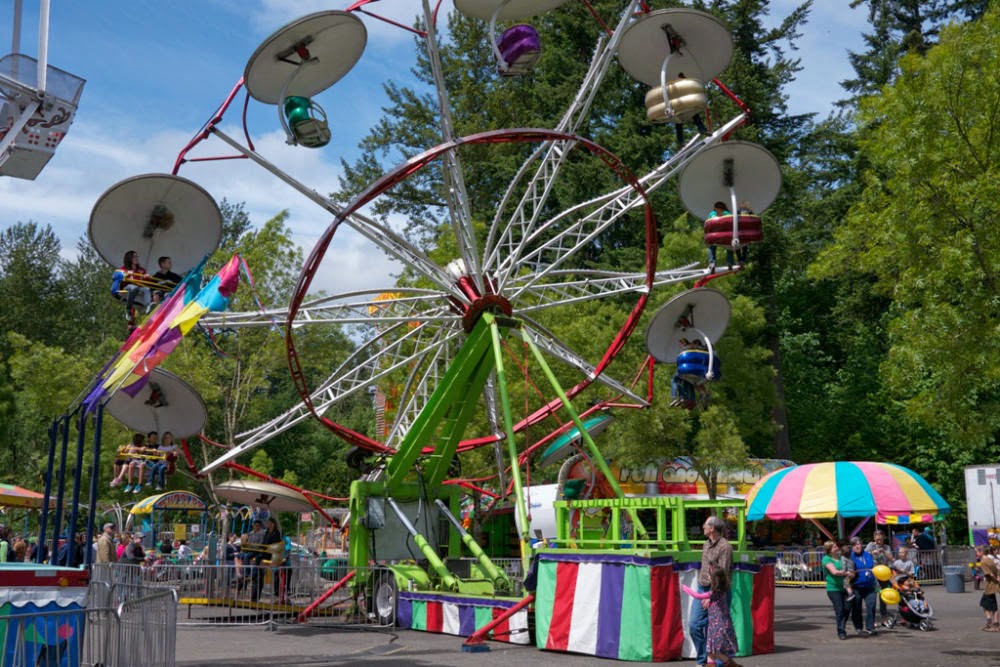 Maple Valley's one weekend festival has started.  Information here
Posted by Mike Barer at 8:04 AM 0 comments 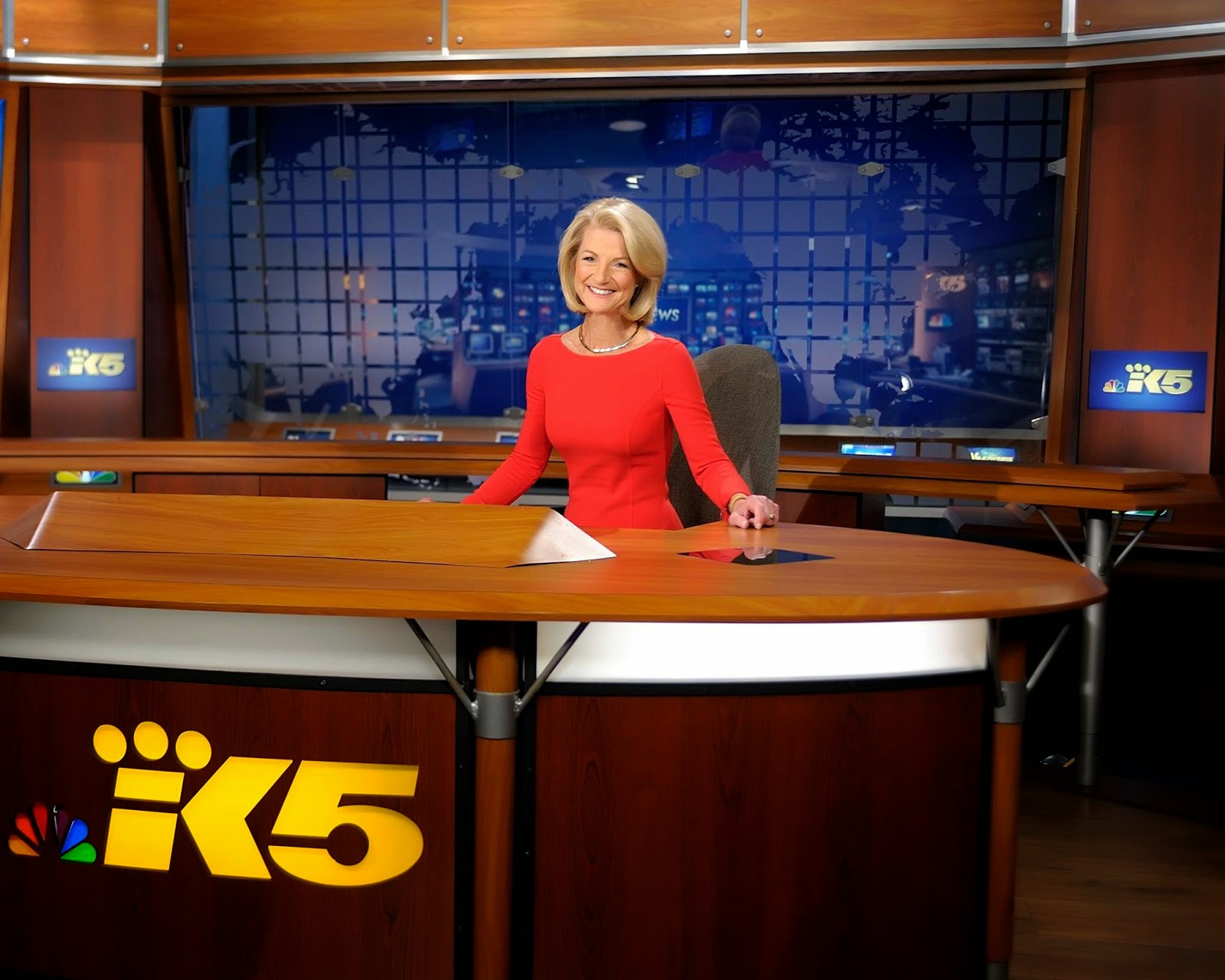 I have known that Jean Enersen has that Jean Enersen as had a long career as co-anchor of the KING 5 News, I did not know that she was the first local female news anchor in the country.   Enersen began co-anchoring at the Seattle station 42 years ago.  Today, it is hard to imagine a local news report anywhere that does not have a female co-anchor.  What is even more amazing, is that Enersen has continued to co-anchor at that same station until this week, as she has just announced that she will retire from her anchoring duties.
Enersen, who has been at KING 5 TV since 1968 originally as a reporter, will continue to do specials and Healthlink reports.
Posted by Mike Barer at 10:30 PM 1 comments 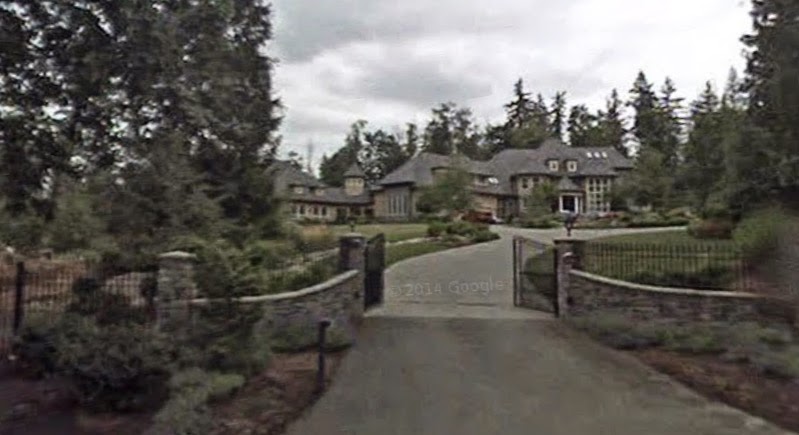 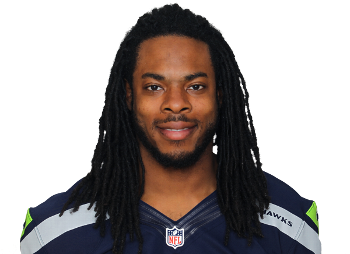 Maple Valley is in the news as the new home of Seahawk cornerback Richard Sherman. Reports are that the standout cornerback has purchased the home of NBA star Jamal Crawford for 2.31 million.  Although the area, is rustic, with spectacular views of Mt. Rainier, it has seldom been in the news for celebrity home purchases.  The house features such amenities as a deck for every bedroom and an indoor swimming pool.
Posted by Mike Barer at 6:29 AM 0 comments

A Day At Emerald Downs 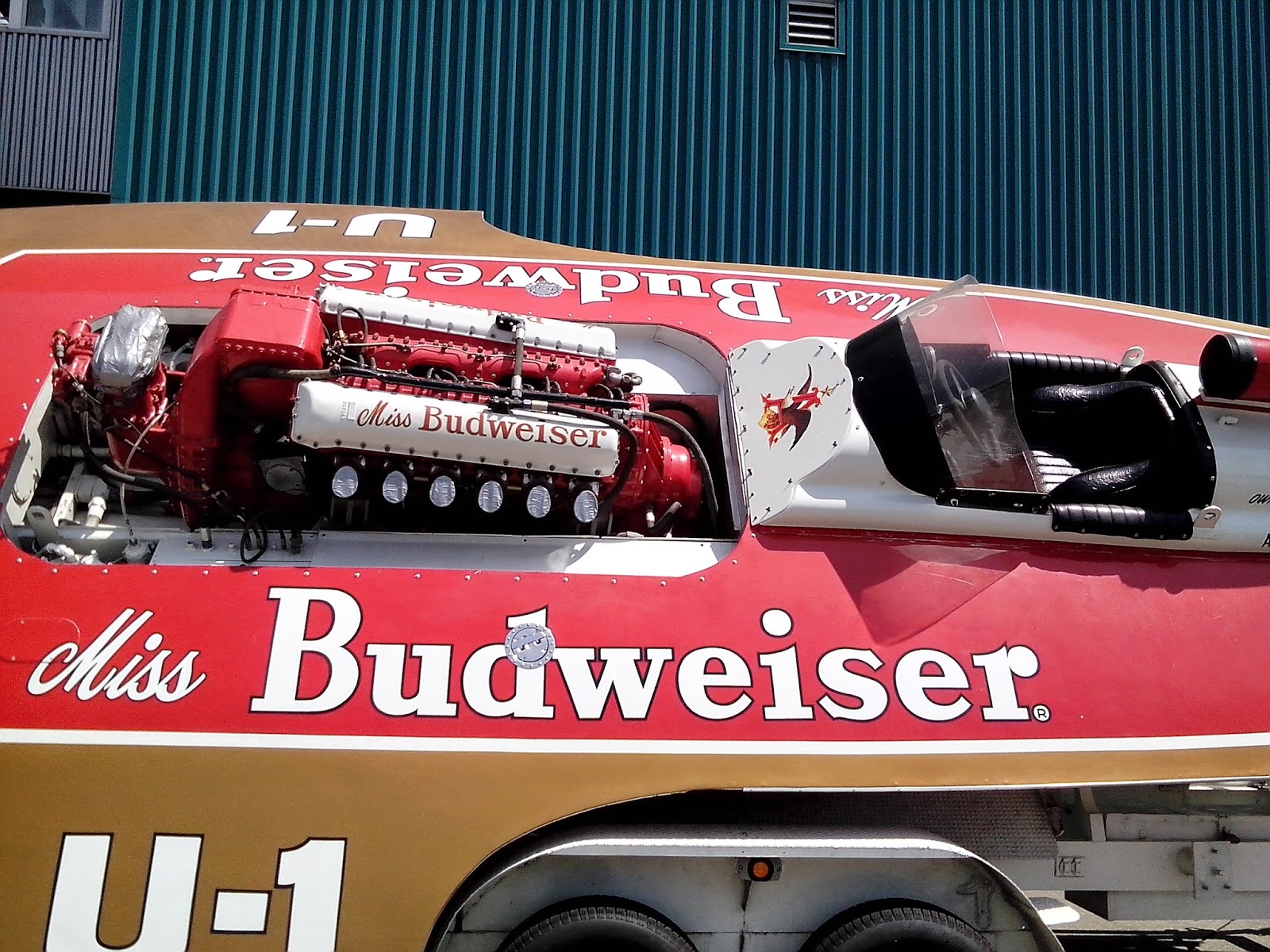 The Miss Budweiser of 1968 looms large as Deb and I met my cousin and her husband to watch racing at Emerald Downs.  The Boat was so big, I could only get part of it.  We watched 7 horse races.
In rhe 7th race StopShoppingDebbie continued her unbeaten streak her 7th in a row, The longest in the nation.
The Miss Budweiser did not race, of course, but was there with race cars, motor cycles and other displays for guys weekend at the track. 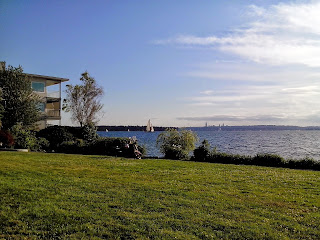 A sailboat looms as the Seattle skyline is seen in the distance.  This was taken from Marsh Park on the shore of Lake Washington in Kirkland about 7pm last night.
Posted by Mike Barer at 11:42 AM 1 comments

The induction of the E Street Band  was the highlight of the induction ceremony, even though acts that I enjoyed more were also part of it.  Bruce Springsteen used his tremendous stage presence, talent and charisma to tell the story of why his band should join him in the Rock And Roll Hall Of Fame.
Posted by Mike Barer at 9:49 AM 0 comments

Campus Shooting In The Area

A gunman is in custody after he opened fire at the Seattle Pacific University campus One person is dead.
Posted by Mike Barer at 6:06 PM 0 comments

Joan Jett and Nirvana Rock and Roll Hall of Fame 2014

For the second year in a row, a Seattle area (last year, it was Heart) rock act was inducted into the Rock And Roll Hall of Fame.  I watched the presentation on HBO, with performances from artists as divergent as Cat Stevens, Hall And Oates, the E Street Band, and KISS. Seattle's Nirvana used Joan Jett, (who had a pretty amazing career herself) and another lady to front it's band instead of the late Kurt Cobain.  Cool to see Kris Novaselic, who I actually met several years ago,performing on TV.  Kris was a Democratic State Committeeman at the same time as me and we met at a meeting.  Pretty establishment type stuff for a member of a cutting edge band, but at least he's a Democrat.  I also saw Kris perform with other Nirvana members at the Paul McCartney concert last summer.

The Rock Hall Of Fame was a good watch on HBO, I may show some more acts later. 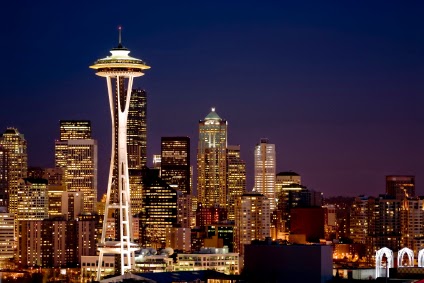 The lead story on the 6:00 CBS radio news report was the Seattle City Council's 9-0 passing of the 15 dollar an hour minimum wage.  KIRO reporter Brandi Kruse had her report played nationally.  How this will play out is a big mystery.  I'd like to think that a high minimum wage will give workers more disposable income, increasing buying power to create more jobs.
Businesses, however are talking about lay-offs, higher prices, or relocation.  Right now, there seems to be so much contention between pro and con, I think that perhaps the two sides should maybe find a meeting point to make this work. 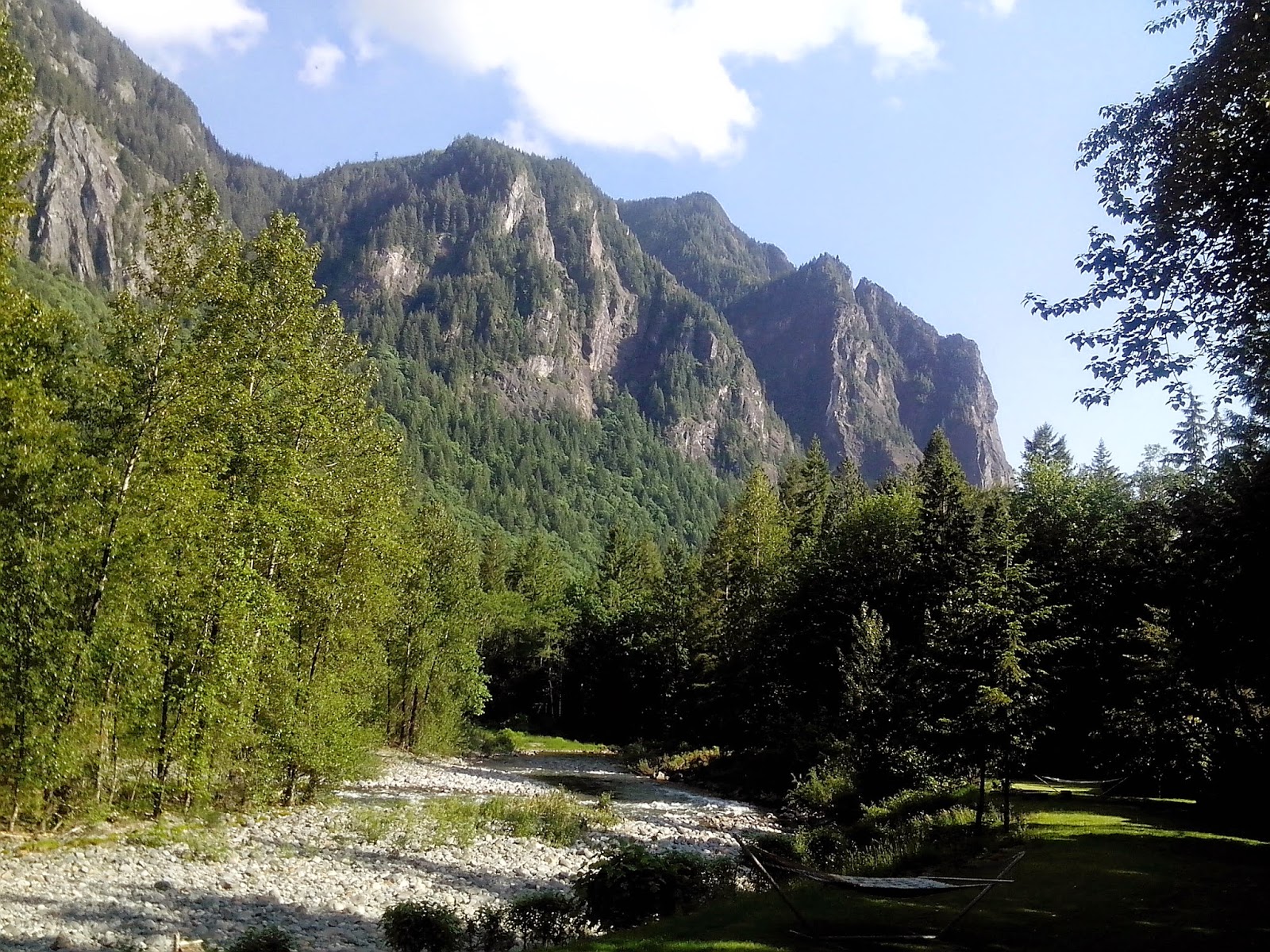 This was taken from the backyard of our friends, Marjie and Rick, who had of over for a barbecue last night.
Posted by Mike Barer at 7:36 AM 0 comments