Late Actor Adam West Will Be Honored In His Hometown 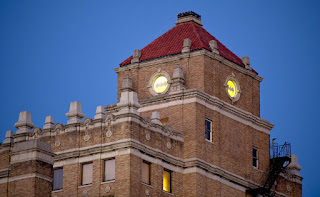 September 19th will be designated "Adam West Day" in Walla Walla.  The honor comes weeks after the passing of West, a native of the town.  Jonathan Grant (below in Batman costume appearing before the WW City Council) spearheaded the move.  Grant, the Front office manager of the Whitman Hotel (above) says he met West several times on visits to Walla Walla. Grant also credited Adam Lore for his help in getting the project underway.
Grant is planning to screen the original Batman movie starring West on that day.  Proceeds will support Camp Rainbow, a free camp in Idaho for children suffering from cancer and blood disorders that West supported.  There is still talk of an Adam West statue to be located somewhere in town. Thank you to the UB in Walla Walla for reference! 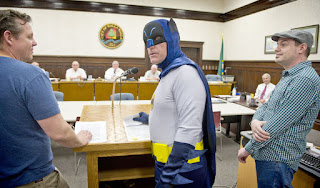