Along the pipeline trail near Belmont Woods in Maple Valley, there is now a sign talking about Rock Creek. Rusty and I walk that trail almost daily.
Posted by Mike Barer at 12:57 PM 0 comments

National Committee Chair Tim Kaine and US Senator Patty Murray headlined the Washington Democratic State Convention in Vancouver this weekend. Approximately 700 of the faithful gathered to meet and greet fellow Democrats at the start of what may or may not turn out to be a tough year for the party. Historically the party that controls the White House looses ground at the midterm elections.
Kaine alluded to the fact that he was able to attend conventions in both Washington and Oregon in the same weekend because of the luck of scheduling and the proximity of Vancouver to the Oregon border. Referring to the so called Tea Baggers wanting to take their country back, he asked "what is so great about back.anyway?"
Senator Murray spoke of new jobs created and the need to hold oil companies and Wall Street accountable for past deeds.
Particularly impressive was Jay Clough, a 33 year old Tri Cities resident who is running against long time 4th district Congressman Doc Hastings. Clough pulled no punches in a scathing attack on Hastings.
The Convention also payed tribute to retiring Congressman Brian Baird. Baird has represented the district that includes Vancouver. State Senator Craig Pridmore was chosen as Convention Chair.
There was one notable flair up amongst the delegates when during lengthy debate, a delegate moved that the platform be adopted. In spite of overwhelming approval of the move, some delegates were angry they could not tinker a little more.
Posted by Mike Barer at 12:26 AM 0 comments

M's Get Branyan Back 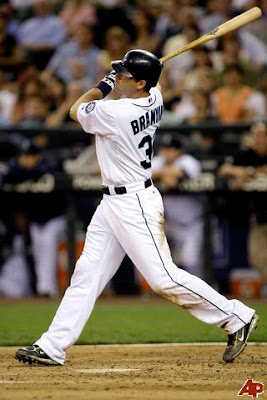 Russell Branyan, the first baseman who helped the Mariners make a dramatic improvement in the 2009 season over the previous year's 100 loss last place finish, is a Mariner again according to the USS Mariner The Mariner blog reported two Minor League players were traded to Cleveland to get Branyan back.
Posted by Mike Barer at 12:09 AM 0 comments 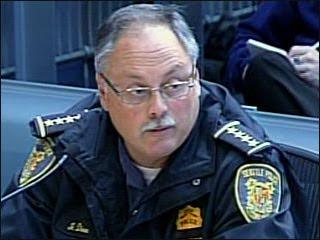 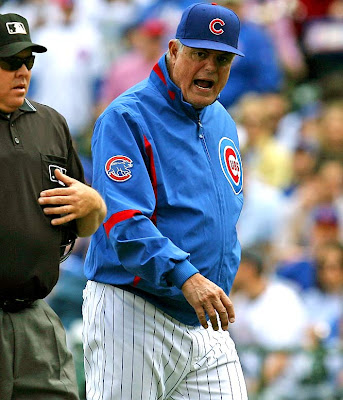 One of my favorite teams, the Chicago Cubs is in town to play the Mariners. The Cubs are managed by former Seattle skipper Lou Piniella (pictured above), a legend in Seattle sports, having guided the M's to it's only post season appearances.
My affection for the Cubs goes back to my boyhood, their AAA farm club at the time was in Tacoma. As a boy, I was able to watch the Tacoma Cubs on cable channel 11, KTNT. In 1999, we visited Chicago's Wrigley Field to watch the team play the Padres, although the game was called in the late innings because of a vicious rain storm.
Last night the Mariners beat the Cubs 2-0.
Posted by Mike Barer at 12:55 PM 0 comments 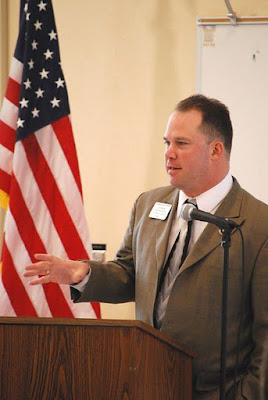 Democrat Greg Hoover kicked off his campaign to represent Washington's 5th district in the State House last week with a celebration at the Train Depot in Issaquah. Hoover, a local attorney will be seeking the seat currently held by Republican Jay Rodne. Rodne could be one of the states tougher targets but Hoover seems undeterred.
Posted by Mike Barer at 10:24 PM 0 comments 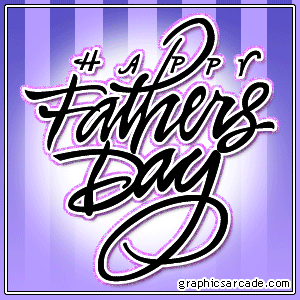 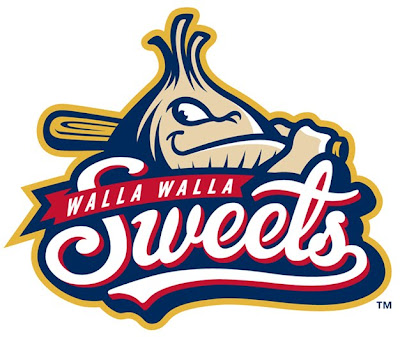 For the first time in a generation, summer baseball is back in Walla Walla. Sure there are the Little League, high school and college teams, but Walla Walla had not had a team to represent the city since the Northwest League Bears left in 1984. The Bears left to become the Everett Giants (now the Aqua Sox). Walla Walla had a 15 year history with the Northwest League. During it's run as a farm club for the San Diego Padres, future Hall Of Famers Tony Gwinn and Ozzie Smith began their professional careers there.
After 27 years baseball is back in Borleske Stadium. The Walla Walla Sweets of the collegiate West Coast League, started this month. The games will be broadcast on KTEL When we visited the old home town over the Memorial Day Weekend, the local paper did a real nice article on the team and what it means to the town. 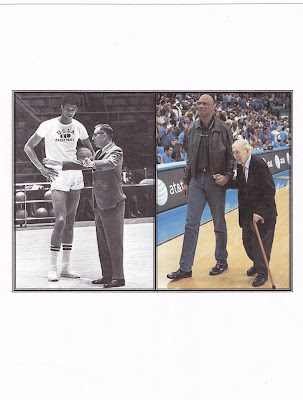 Every Sunday, I read the letters to the editor in the Sports section of the Seattle Times. Yesterday, I surprised to see that mine was published, I had written to columnist Steve Kelley to comment on a column that he had written on the late UCLA coach John Wooden. The Times decided to publish it, you can read it here....
The picture above is Coach Wooden with Lew Alcindor from the 6os, along with a more recent picture of the pair. Alcindor, of course, would change his name to Kareem Abdul Jabbar and go on to a long and storied NBA career.
Posted by Mike Barer at 12:48 PM 0 comments 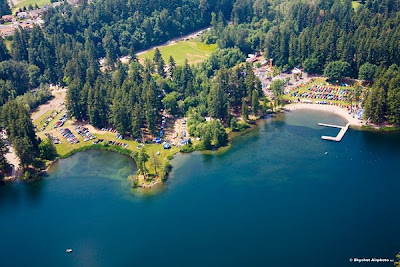 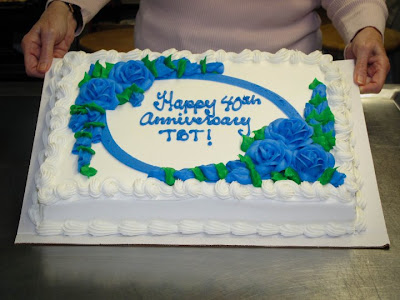 Temple B'Nai Torah of Bellevue, Washington celebrated it's 40th birthday with a concert last Sunday from the Seattle Men's and Women's Chorus.
Posted by Mike Barer at 10:26 PM 0 comments

Former UCLA Basketball John Wooden died today at 99. The first college basketball game that I remember watching on television was UCLA vs Houston in the Astrodome. Wooden was the coach of that UCLA team, they lost on that night but they would go on to win the national championship, one of seven in row. The school also went on an 88 game win streak in the early 70s. I saw him coach in person one year, I was living in Walla Walla and was visiting my Mother in the University Of Washington Hospital. I was excited to have the chance to see a big time college basketball game in person. The Bruins were being beaten badly by the Huskies. Wooden sat in his chair and never showed any expression. John Wooden was truly a unique individual. The sporting world will miss him.
Posted by Mike Barer at 9:11 PM 1 comments 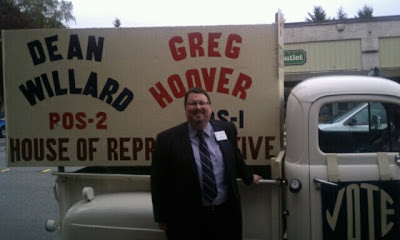 A capacity crowd at Issaquah wine and espresso bar Vino Bella was on hand from across the Eastside to support the candidacy of Dean Willard for 5th District House Of Representatives. The position that Willard is running for is currently held by Glenn Anderson, a Republican incumbent of 10 years who himself has said that he has very little to the goings on in Olympia.
Posted by Mike Barer at 7:45 PM 0 comments

The historical Baker-Boyer Bank, taken from the Otis Kenyon Wine tasting room on Main Street in Walla Walla.
Posted by Mike Barer at 6:15 AM 0 comments

Dean Willard To Kick Off Campaign In Issaquah 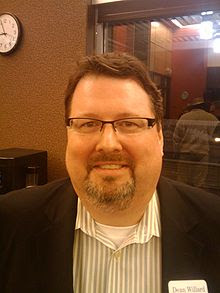 Dean Willard will kick of his campaign for Washington State House Of Representatives tonight
at Vino Bella Wine Bar in Issaquah. The Event starts at 6 this evening and includes some special guests. Vino Bella is a 99 Front Street. Willard is vying for a chance to take on Republican Representative Glen Anderson, who has held the seat in the 5th District for a decade.
Posted by Mike Barer at 6:03 AM 0 comments


Ken Griffey, Jr, Seattle first superstar athlete retired today. No doubt he is by far the greatest professional athlete in Seattle, as well as one of the greatest baseball player of all time. I found the above commercial and a video showing fan reaction.

Where It All Began 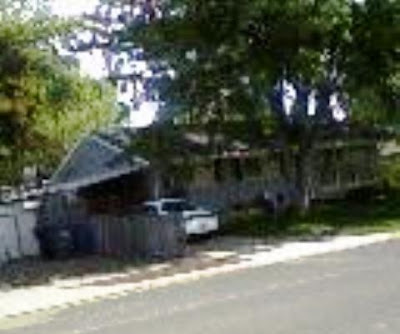 My brother Steve and his wife do not live very far from my boyhood home on Leonard Street in Walla Walla. We lived here until I finished 1st grade. Then we moved to a two story brick house on Palouse Street.
Posted by Mike Barer at 9:59 PM 0 comments

Not Much Snow This Year??

Heading back from Walla Walla, we wanted to avoid the holiday rush on I-90 and took Highway 410 from Yakima through Naches. That took us over Chinook Pass which has elevations up to 54oo feet (above photo) Although the area was covered with snow on May 31st, the road was bare and wet. If you have ever driven through Chinook, (it was our first time), you know that the road is narrow and windy, it made for a fun trip.

The road took us around Mt. Rainier to Enumclaw where we got on the Maple Valley Highway and went back home.