A Moment OF Silence--Sean Taylor 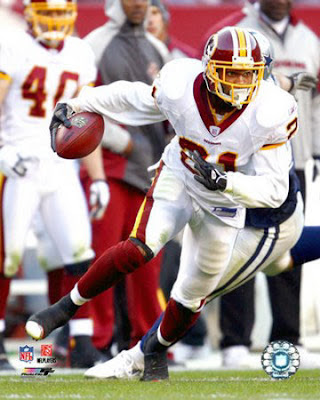 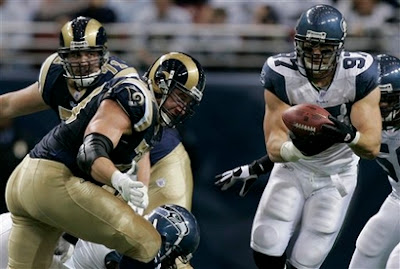 Seahawk fans know that when the team plays badly, it can take the down the whole Sunday Afternoon. The bad news is the team played badly in this afternoon's contest with the re surging StLouis Rams, the good news is they were able to make the right plays when it counted and beat them 24-19.
Seattle did not lead until Leonard Weaver's 5 yard touchdown run with less then 6 minutes in the final quarter. Josh Brown missed a 52 yard field goal, and the Seahawks were called for pass interference, setting up the Rams within striking distance of going ahead with little time to respond. The Seahawk's however were able to keep them out of the end zone on four downs and the game was over. 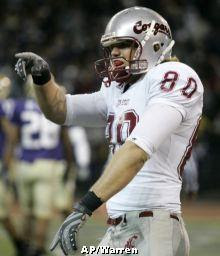 In a game full of irony, the Washington State Cougars beat the Washington Huskies 42-35. If this was the only game that you watched this season and someone told you that these were the best two teams in the Pac-10, you may have believed them as momentum shifted many times in what may go down in history as one of the best Apple Cups of all time.
In fact, neither team had a winning record nor had any chance for a bowl game. Maybe because of that rather than in spite of it, both teams brought their A game. Alex Brink, who until now was not usually not on the lips of Cougar fans talking about the school's greatest quarterback, became the first Cougar quarterback to beat Washington three times.
Playing for the first time since his injury against Oregon State, Jake Locker was his brilliant self making several dashing runs and also throwing a 63 yard touchdown pass to Marcel Reese.
Posted by Mike Barer at 8:11 PM 0 comments

It's that time again, this weekend Washington and Washington State will meet for the annual "Apple Cup" football game. Last year the Huskies beat us on our own field, two years ago, we won at Huskie Stadium. I was at that game and remember all the trash talking by the Huskie fans. It made the victory much more satisfying. Here is a scene from the celebration.
Posted by Mike Barer at 10:49 PM 0 comments 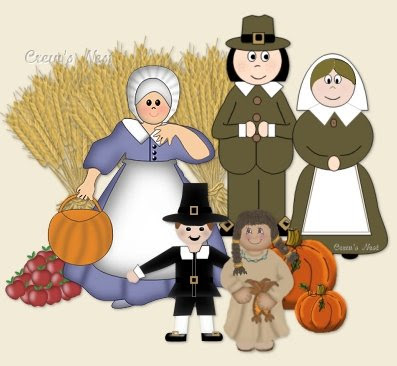 Around The Blogosphere: The Apprentice Returns

In her excellent blog "No Deep Thoughts, my friend from Texas, PJ, announces the return of "The Apprentice" What was in it's initial run, a pretty slick show, has gradually degenerated into just another show that hung around a little too long. If you were disgusted by the gimmickry in the LA version of the show, you haven't seen nothing yet .
Posted by Mike Barer at 11:02 PM 1 comments

Email ThisBlogThis!Share to TwitterShare to FacebookShare to Pinterest
Labels: Donald Trump, No Deep Thoughts, The Apprentice

Jim Flynn, a member of the Maple Valley City Council and Deputy Mayor, was defeated in this month's general election. Maple Valley has a Council-Manager form of city government. The Mayor and Deputy Mayor serve on the council and have equal voting rights with other council members. A City Manager, chosen by the city council performs the executive duties. Maple Valley has had the same mayor and deputy mayor since it's 1997 incorporation. Mayor Laure Iddings was unopposed and able to keep her council seat. Flynn's opponent ran a strong campaign and was able to defeat him. Flynn, a developer, lost his seat to Layne Barnes.
Posted by Mike Barer at 10:34 PM 0 comments 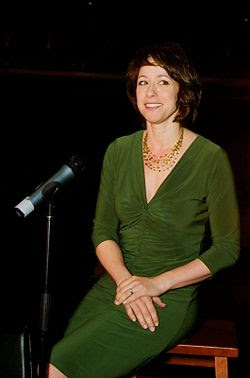 One of our TV "guilty pleasures" from year's past was "Trading Spaces" the reality show where two sets of neighbors would do home improvement on the other's homes. More than learning home improvement, the real fun of the show would be when one of the couples hated the remodel, resulting in fights and tears. The host was the unbelievably perky Paige Davis. Davis had a unique sunny personable style much like the Food's Channel's Rachael Ray and the Game Channel's Mel Peachy. The show lost it's "zing" when Paige left. The news now is that Paige is returning and will again appear on the show in January.
Posted by Mike Barer at 5:58 PM 1 comments 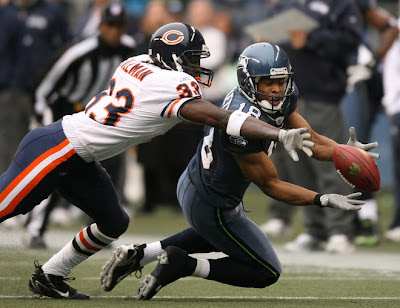 This battle between the last two Super Bowl runners up turned out to be better than expected. In a barn burning game, the Seattle Seahawks beat the Chicago Bears, 30-23. The Seahawk outlook was grim at first as the Bears a touchdown on their first drive, something that Chicago had not done all season. Matt Hasselbeck passed for 337 yards and 2 touchdowns one to DJ Hackett and another one to Nate Burleson. Mo Morris filled in aptly for Shaun Alexander with 87 yards and a touchdown. Chicago Quarterback Rex Grossman threw for a respectable 266 yards, but the Seattle defense sacked him 5 times.
Posted by Mike Barer at 4:46 PM 0 comments

Marshall Barer On You Tube

A very spectacular, touching performance by the late composer-singer Marshall Barer. A very distant relative who amongst other things, wrote the theme to Mighty Mouse.
Posted by Mike Barer at 6:26 PM 0 comments

Stan Barer was honored this week by The American Jewish Committee with their Human Relations Award. A formal dinner was held this week at the Fairmont Olympic in Downtown Seattle to present the award.
Posted by Mike Barer at 10:56 PM 0 comments

Back When Television Was Funny And Entertaining

This week Newsweek had a cover feature recalling the year 1968. I thought that I would contribute this piece which is basically timeless. The Smothers Brothers from there Sunday night Comedy Hour doing a medley with Donovon and Peter, Paul, And Mary.
Posted by Mike Barer at 10:56 PM 0 comments 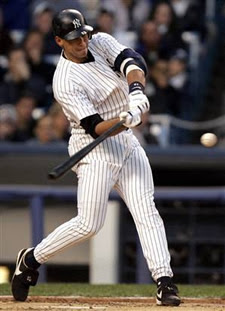 The guessing game of where A-Rod will land is over now, Alex Rodriquez apparently will ink a deal to return to the New York Yankees. How history will stack him up with the Yankee legends remains to be seen.
Posted by Mike Barer at 10:27 PM 0 comments

The Beatles--It Won't Be Long 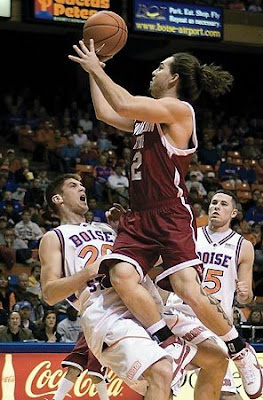 WSU Cougar fans tired of the mediocrity of this year's football team will be glad to know the college basketball season is now underway. Last night the Cougs overcame a 32-26 deficit to defeat the Boise State Broncos 86-74. According to the Seattle Times, the Cougars are currently ranked 9th in the country. This is WSU's second year under coach Tony Bennett.
Posted by Mike Barer at 8:41 PM 0 comments 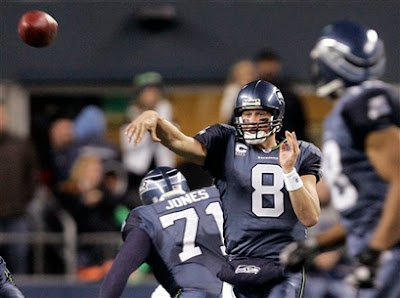 A Seattle football crowd which has not had all that much to cheer about had to like this one as the Seahawks easily beat the San Francisco 49ers, 24-0. Matt Hasselbeck threw two touchdown passes and Mo Morris had a rushing score The always reliable Josh Brown added a field goal in the second quarter. The 49ers had one off the field distraction. Coach Mike Nolan's Father Dick, who had also coached the 49er many years ago, passed away yesterday.
Posted by Mike Barer at 9:50 PM 0 comments

The Seattle Seahawks will take on the San Franciso 49er on Monday Night Football. The game will be played at 6:00pm Pacific Time on ESPN.
Posted by Mike Barer at 2:27 PM 1 comments

Redshirt Freshman Huskie quarterback Jake Locker is reported to be in stable condition after a helmet to helmet in tonight's Washington-Oregon State match up. Reports say that he can move his extremities but is thought to have suffered some type of neck injury.
Posted by Mike Barer at 10:23 PM 1 comments 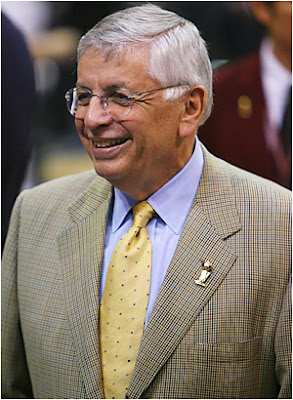 It doesn't seem that long ago when NBA Commissioner David Stern was everone's hero. Stern assumed the commissioner's position at the beginning of the Magic Johson-Larry Bird era. That was just before extremely marketable superstar Michael Jordan burst on the scene and the NBA rose to incredible heights.
Today the NBA is floundering. It's marquee player Kobe Bryant was involved in a criminal investigation, A shocking fight between the Pacers and the Pistons , New York Knicks coach Isaiah Thomas is involved in a sexual harassment suit, and the latest is the involvement of a referee in a point shaving scandal. Somehow Stern is still commissioner and seems slow to take the blame for the bad turns that the league has taken.
However it has not stopped Stern from criticizing Seattle for taking it's time on a potential arena deal or lack of it. It does not look like Stern has taken the time to investigate exactly what the implications are nor does he have any clue about the local issues involved. Maybe Oklahoma
City is prepared to give the league everything it wants when it wants . If that is the case, losing the Sonics may be less damaging to the area and the region than turning our backs on all the needs of the area and building a third multimillion dollar sports structure in the area.
Posted by Mike Barer at 5:23 PM 1 comments

Burl Barer has announced his apearance today on Matt Alan's Internet Radio today (Saturday November 10th) at 3:00pm Pacific Standard Time. To listen to the veteran radio star go to http:www.mrcigar.com and click listen live. Of course if it's too late when you read this, you may have to find another means to getting the show.
Posted by Mike Barer at 10:11 AM 0 comments

An Example Of Ann Coulter Showing Her Ignorance

Not only is Ann offensive and hypocritical, she is also ignorant of history.
Posted by Mike Barer at 7:34 AM 0 comments

Loads Of Thanks To Our Friends In North Bend!

A big think you to Margie, Rick, and family for hosting Deb,Rusty and I at their North Bend home, although the 'Hawks did not win, it was fun time for all with pizza and games.
Posted by Mike Barer at 10:17 PM 1 comments 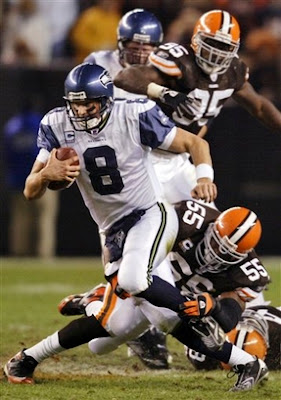 The unthinkable happened today, the Seattle Seahawks, comming off a bye were bringing what looked like their A game into Cleveland when everything fell apart. Our defense which until now seemed to carry us when the offense sputtered could not seem to find an answer for the one-two punch of Running back Jamaal Lewis and Kelvin Winslow. A call reversal by the officials on what looked like a Matt Hasselbeck first down was pretty much "the icing on the cake".
Except for an early pass interception, Matt Hasselbeck was brilliant with 318 yards and 2 touchdown passes. Nate Burleson (above) ran a punt back 94 yards for a touchdown.
Posted by Mike Barer at 9:54 PM 0 comments

Burl Barer Tells How He Got His First Seattle Radio Job

It takes a real skill to get people to crack up at a friend's wake. Burl can do it. I had wanted to post this a year ago have finally figured out how to do it. It's Burl speaking at a memorial lunch at Andy's Diner (downtown Seattle) for Jerry Kaye.
Posted by Mike Barer at 9:04 AM 0 comments 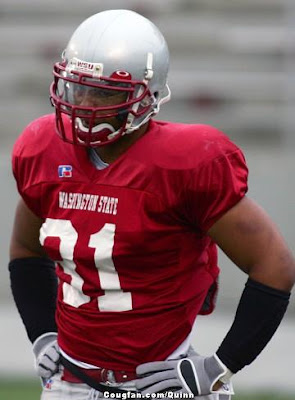 If you thought last week's victory over UCLA got WSU Coach Bill Doba off the "hot seat", think again. With the game wrapped up, the Cougs kept star running back Dwight Tardy in the game to make one final touchdown run. Tardy wound up tearing his ACL and is out for the season.
Posted by Mike Barer at 5:46 PM 0 comments

A Shot Of Brandi

Maple Valley area native Brandi Carlile is playing tonight at the Paramount in Downtown Seattle. Like her last 3 performances here, it's sold out.
Posted by Mike Barer at 7:42 AM 0 comments