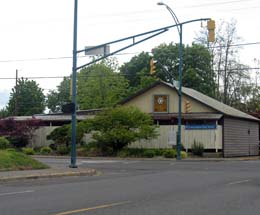 I was pleasantly surprised to see a write up on  history of the Walla Walla Jewish community on historylink.org.  The Jewish population of Walla Walla was so small, that my brothers, sister and I were the only ones in school at the time.  Most of the other congregants for the most part were middle aged, elderly, or in college.  I would later find out that I had a few other Jewish classmates, who did not identify themselves as such.  Still, there were a handful of Jewish owned businesses in town and also a prominent attorney, some doctors and college professors.  You can find the site by clicking here.Pictured above is the Walla Walla Synagogue, Congregation Beth Israel.  It is on the corner of Roosevelt and Alder.
Posted by Mike Barer at 7:56 AM 0 comments 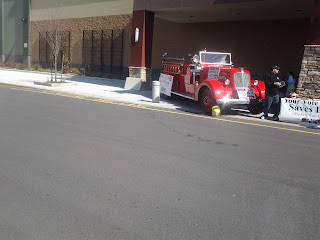 This firetruck is from the 1940s and belongs to the Renton Fire Department.  This weekend it was loaned to the Maple Valley Fire Department and parked at the local Fred Meyer to raise awareness for Prop 1, a local fire and safety initiative that will be on the ballot next month.
The truck is mostly used in parades.
Posted by Mike Barer at 8:13 AM 0 comments 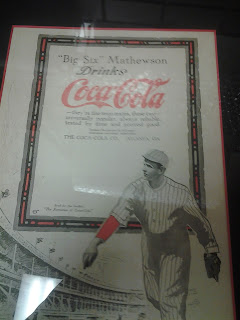 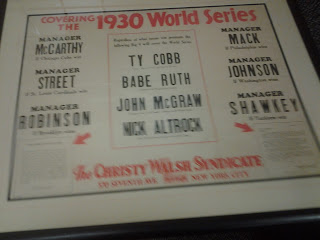 Working at The UPS Store in Crossroads has it's perks, as I got to pack an order of Baseball collectables to send to Legend Auctions in the Chicago area.   The order was mostly posters of stars from Baseball's golden era.
Posted by Mike Barer at 11:38 PM 0 comments

WSU To Name A Building After Goertzen 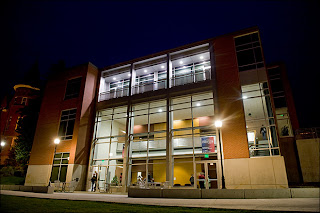 A building that is part of the Edward R Murrow College Of Communications will be named after Kathi Goertzen, it was announced today.  Goertzen was a long time anchor for KOMO 4 TV news here in Seattle, whose fight against a series of brain tumours, inspired a city and whose passing brought it to tears.
Kathi was a 1980 graduate of WSU and an avid Coug.  The WSU Board Of Regents passed the resolution to name what is actually an addition to Murrow Hall that houses the Dean Suite, Faculty offices and test and research labs.  For more details and a wonderful video by Eric Johnson, click here
Posted by Mike Barer at 8:37 PM 0 comments 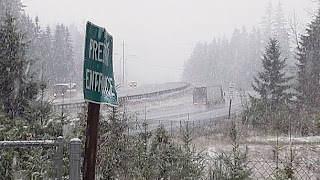 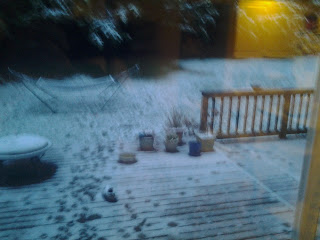 Snow fell last night in Maple Valley, after what had been a pretty calm winter.  The snow remains this morning, guaranteeing a pretty touchy commute.
Posted by Mike Barer at 6:19 AM 0 comments 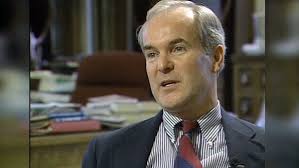 Booth Gardner, a Washington State Democrat who defeated a sitting Republican governor in the year that President Ronald Reagan won his second term by a landslide has died.  Gardner, who's stepfather was a Weyerhauser executive defeated John Spellman in 1984 and began a streak of Democratic Governors in Washington that continues today.  Gardner had been suffering from Parkinson's Disease for many years and lead the effort for Washington to become the second state in the union to legalize assisted suicide for the terminally ill.
Posted by Mike Barer at 11:35 PM 2 comments 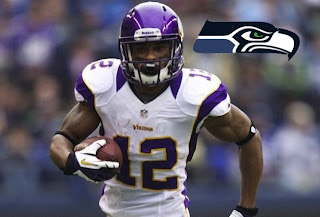 In it's hunger for a Super Bowl championship, the Seattle Seahawks have acquired former Minnesota Viking receiver Percy Harvin.  The Seahawks have given in return the first and seventh draft picks in 2013 and a third round choice for 2013. While there is  no doubt about Harvin's talent, he has been reported to have had discipline  problems going back to his high school days.  The Seahawks were probably the NFL's most pleasant surprise in 2012-13 and a Super Bowl seems well within reach, but in a town that has seen it's share of stars not living up to potential.  The 'Hawk fanbase has reason to hold it's breath.
Posted by Mike Barer at 6:05 AM 0 comments 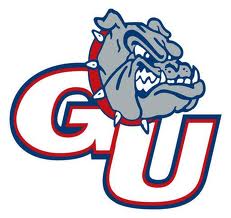 The Gonzaga Bulldogs from Spokane Washington are sitting in the top spot in College Basketball.  It is rare that a powerhouse sports program emerges from our state, let alone from the less populated Eastern Washington.  This is the first time in it's history that the school has had the number 1 ranking.  In this crazy year of upsets, it is hard to predict how long the ranking will last.  The Zags will play in the West Coast Conference Tournament tonight against Loyola Marymount.
Posted by Mike Barer at 9:12 AM 0 comments 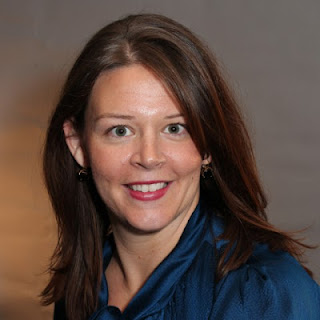 Courtney Gregoire, the daughter of former Washington Governor Christine Gregoire, has been selected to serve on the Seattle Port Commission.   Courtney has been an attorney for Microsoft.  According to it's web site, the 5 member Port Commission serve 4 year terms and are elected at large in King County, their mission is to establish Port Policy.  Gregoire will fill the position vacated by Gael Tarleton, who was elected to the state legislature.  She will face election this November. Tarleton had 2 years remaining on her term.
Posted by Mike Barer at 7:06 AM 0 comments 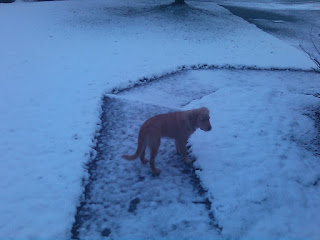 Maple Valley was hit be a late season snowfall, dasher, just 5 Months, goes to investigate.
Posted by Mike Barer at 9:32 AM 0 comments 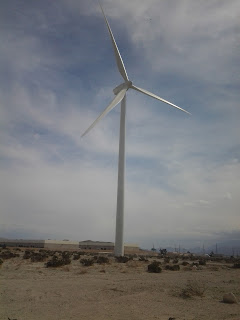 Our first day in Palm Springs involved a tour of Windmills.  They are actually called "wind turbines" and  there are  over 3 thousand of these wonders that you can see as you enter the Palm Springs area from Los Angeles.  You can click on this link for a video overview of the tour.  The gentlemen who is being interviewed with the deep radio voice is the tour guide that we had.
Posted by Mike Barer at 7:02 PM 0 comments