Throwback Thursday! Put in today's context, it's hard to believe how this commercial from the early 2000s was so popular.  It may have been the first viral video and it definitely started a catch phrase.
Posted by Mike Barer at 6:36 AM 0 comments 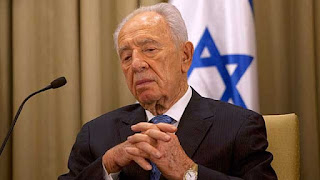 Shimon Peres, who served as foreign minister, defense minister, prime minister and most recently, president of Israel, has died at 93 after suffering a stroke. Peres helped build the Israeli armed forces, then sought peace with it's Arab neighbors. He won the Nobel Peace Prize in 1994. 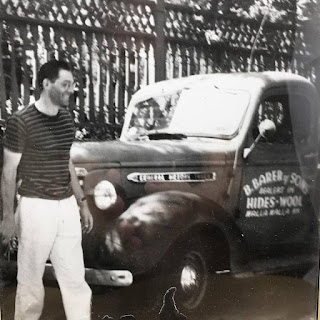 My Uncle Dave was my Grandfather Barer's little brother.  He was business partner with my Grandfather and later, my Dad.  He is the father of Jan, Burl, and Stan.
Dave had to leave High School to help in the family business, still, he could talk with anyone on an Ivy League level.  This picture was posted on facebook by his grandson, Tod Goldberg.  Tod said that he will soon publish an essay on Dave Barer. 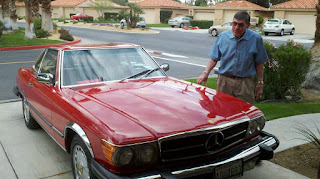 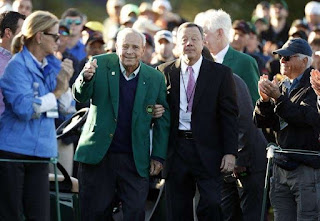 Arnold Palmer, who just like Mickey Mantle, Wilt Chamberlain, Johnny Unitas, and Muhammed Ali, dominated his sport in my youth, has died at 87.  He won 62 titles on the PGA tour and is a recipient of the Presidential Medal Of Freedom, the highest civilian honor in our country.
Posted by Mike Barer at 6:40 PM 0 comments

Advertising On The Pipeline Trail 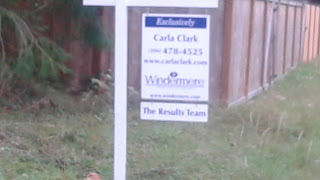 I was surprised to see this sign on the pipeline trail on Maple Valley, advertising a house with a back yard that connects to the right of way.  Of course, my taking and posting a picture increases the agent's visibility.  I had seen the sign while walking Dasher.  It was the first time that I had seen anything like it and I have  walked the trail for 18 years.
Posted by Mike Barer at 7:39 AM 0 comments

I was listening to Sirius/XM Radio's 60s on 6 a couple days and enjoyed an interview with Peter Yarrow of the iconic folk group Peter Paul and Mary. Yarrow was interviewed by "Cousin" Brucie, and spoke about his work with Project Respect.  Yarrow played a few of the groups well known songs like "Blowin In The Wind", "Where Have All The Flowers Gone" and "If I Had A Hammer" and tried to get Cousin Brucie to sing with him.  However, the most touching part of the interview was at the end when Yarrow dedicated and sang "Leaving On A Jet Plane" to the late Mary Travers, his former bandmate.
Posted by Mike Barer at 4:13 PM 0 comments

Looking At The Hills From The Yakima Convention Center 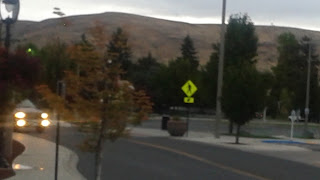 Democrats from throughout the state met in Yakima last weekend for the last state committee meeting of the year. It was the final one for me, at least for a while as I am not going to run for another term.   I snapped this picture from the convention center of the surrounding hills.
Posted by Mike Barer at 6:57 AM 0 comments 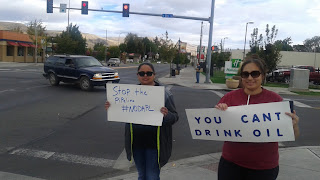 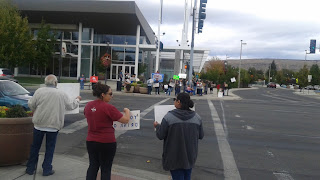 Yakima area residents took to the street yesterday to protest the proposed Dakota Access Pipeline.  The demonstration was staged in front of the local convention center on Yakima and 8th street. The pipeline is said to run across ancient burial grounds  The demonstration included Native Americans and other concerned citizens.  They chanted "you can't drink oil water is life"
Democrats from across the state including myself were attending the Washington Democratic State Committee meeting.
Posted by Mike Barer at 12:12 PM 0 comments

When I worked at KTEL a Walla Walla Country music station, this was one of my favorite songs.
Posted by Mike Barer at 6:09 AM 0 comments 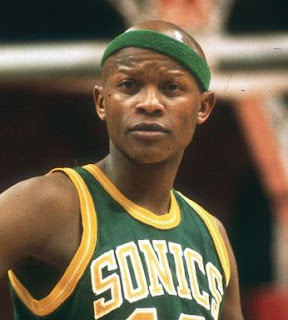 I was at a Redmond Pub last night when I ran into Sonic Legend Slick Watts.  Watts played for the old Seattle NBA team in the early 70s.  At that time, the Sonics  were the only major professional sports team in Seattle.  I lived in Walla Walla at the time, but the team was a big draw on cable TV.  Slick was easy to spot as he was the only basketball player at the time to shave his head and always wore a headband.  His unique appearance and his aggressive style of play endeared him to the fans.  He lead the NBA in Steals and Assists in 1975-76.
Posted by Mike Barer at 6:33 AM 0 comments 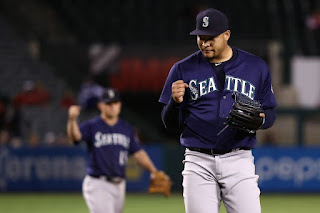 While most Seattle sports fans have turned their attention to football and worrying about Russell Wilson's ankle, certainly a legitimate thing to worry about, the Seattle Mariners have won seven consecutive games and are 2 and a half games out in the Wild Card hunt.  The M's have not been in post season in 15 years. 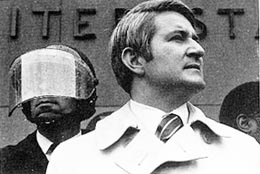 In 1976, Dan Evans, the 3 term governor of Washington, announced that he would not run for a fourth. Democrats had their best chance in over a decade to finally take the state house.  I was a teen and finally old enough to vote.  The candidate that excited me was the mayor of Seattle, Wes Uhlman.
Uhlman was charismatic and considered one of the new breed of progressive mayors.  He was also a a close friend of my Uncle Arny, who at the time was practicing law in Seattle and active in local politics.
I had just graduated from Walla Walla High School and about to enter WSU..  At the Walla Walla County Democratic summer picnic that year, my dad got to drive the Seattle mayor from the Walla Walla airport to the Gary Stromeyer (sp) ranch where Uhlman would be the main speaker.  That was where I first met Uhlman, whom I found a very engaging figure. The mayor gave my dad a Seattle tie for his driving duties, and my dad would later give the tie to me.
The next time I met  saw Uhlman in person was at the Walla Walla Fair.  I got to walk in his entourage as he shook hands with fair goers.   I was impressed with one of his staffers, who was the daughter of a Washington State Legislator.
Sadly, a few weeks later, Uhlman would lose the Democratic Primary (at that time the Washington primary was held in Mid September), Dixie Lee Ray, who I felt was much more conservative than even the sitting Republican governor, would carry the Democratic Banner.  I so mad that I did not vote for her, although it was a good year for Democrats.  Jimmy Carter was elected president and Dixie Lee Ray was elected governor.  In the years that followed, Washington voters would get buyer's remorse for choosing Ray.
Uhlman would never again run for public office.  No subsequent Seattle mayor has been successful seeking higher office. 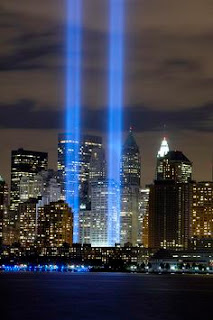 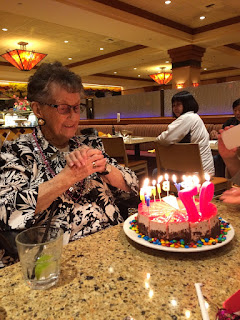 We celebrated Deb's Grandma's 97th birthday last night at the Snoqualmie Casino.  A great group of family and friends joined us.  Lillian was born on September 9th, 1919.  She has always been a party person and a people person.  She endears herself to everyone she meets.  We had a great dinner at the Casino buffet and then played the slots.  It was a fun night for everyone.
Posted by Mike Barer at 3:45 PM 2 comments 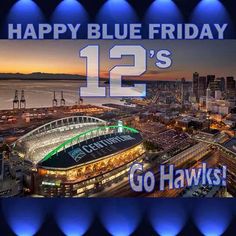 Watch Out for Other Guy [cc]

Another commercial from yesteryear... 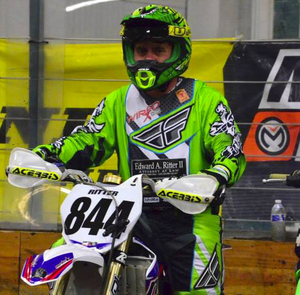 One day after we enjoyed figure8 racing and a demolition derby at Evergreen State Fair, a tragedy took place when a speeding motorcycle lost control and hit a school bus during a two bike drag race.  Ed Ritter, 41, the rider died in the crash. The Seattle Times reports that it was the first fatality at the track in 10 years.  The school bus along with a number of other school buses of various sizes was used in a hilarious figure 8 race the previous evening.  There had been some breathtaking near misses, but don't remember any buses crashing.  Another rather dangerous figure 8 race involved cars pulling an empty boat without a trailer, many cars did hit boat as figure 8 involves an intersection where speeding vehicles cross.
Posted by Mike Barer at 6:52 PM 0 comments

A Stroll On Bellevue College Campus 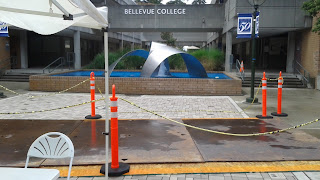 Dasher and I spent a good deal of last Saturday walking the Bellevue College campus.  The school is celebrating it's 50th year. 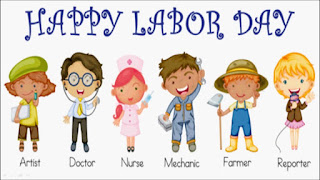 The Evergreen State Fair In Monroe 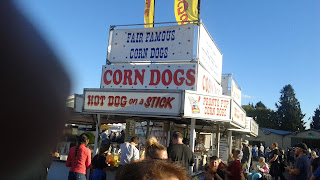 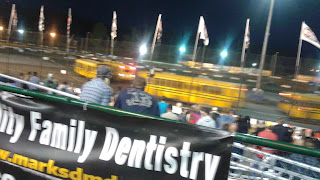 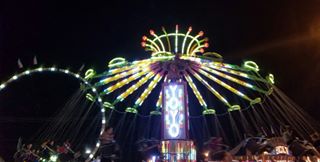 We went to the Evergreen State Fair in Monroe, where we at fair food, watched crazy bus races at the speedway and took in the carnival.  A great time was had by  all.
Posted by Mike Barer at 9:44 AM 0 comments

I saw this clip on American Bandstand, along with Penny Lane.  I remember how disappointed I was with the Beatles' new look.
Posted by Mike Barer at 2:03 PM 0 comments

The Interesting And Short Life Of Isaac Stevens 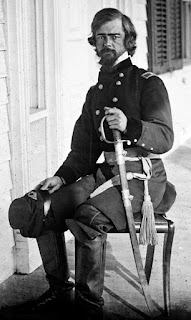 KIRO radio historian Feliks Banel had a great story on the interesting life of  Washington's first territorial Governor Isaac Stevens.  Very few Washingtonians know much about Stevens, if they have even heard of him. But many places in the state share his name.   You can read and listen to the report by clicking here.
Posted by Mike Barer at 11:12 AM 0 comments