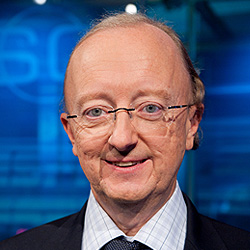 Hall of Fame NFL reporter John Clayton has announced that his association with ESPN has been discontinued. The network had announced several weeks ago that it was making deep staff cuts.  Clayton is a resident of the Seattle area and has a Saturday morning radio on 710 ESPN  Sources have said his show will continue to be on that station.   Before KIRO AM became a sports station, Clayton's show could be heard on Sportsradio KJR.
Clayton had at one time been a beat reporter for the Tacoma News Tribune, often appearing to offer his expertise as a guest on Sportsradio KJR.  He is a native of Pittsburgh.