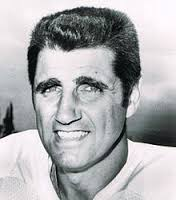 If Earl Morrall would be playing today, his accomplishments would make him a million dollar superstar.  As it happened, Morrall played when NFL football was played once a week (later twice) and there was no sports radio, twitter, or the like.   Morrall stepped in for legendary quarterback Johnny Unitas, to lead the Colts to Super Bowl III.  Of course, he had to shoulder the Colts loss in an upset by the New York Jets.  It was the first time an NFL team (in what is now the NFC) would lose to the AFL.
Morrall later would redeem himself in Super Bowl V coming off the bench to lead Baltimore to it's first Super Bowl win.  He remains the only quarterback to come off the bench to lead a team to a come from behind Super Bowl victory.
When the Miami Dolphin's quarterback Bob Griese was injured in 1972, Morrall, stepped up and lead the Dolphins to an undefeated season and it's first Super Bowl victory.
The common link to those 3 Super Bowl appearances was head coach Don Shula, who after moving from the Colts to the Dolphins, acquired Morrall, after the Colts cut him.
Earl Morrall died last week after suffering from Parkinson's Disease. There was a suggestion by a sportswriter that the Comeback Player Of The Year award be named after Morrall.  I think maybe he should be remembered as the "12th Man".