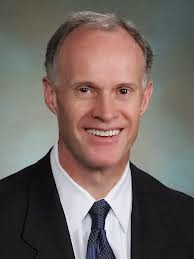 Democrats, who have been gearing up to defeat 48th District Senator Rodney Tom of Medina, were dealt a pleasant surprise.  The Senator, a one time Rino (Republican in name only), Democrat, most recently Dino (Democrat in name only) has now left his former party standing at the altar. Tom has just announced that he would not seek another term.
Two years ago, Tom and another long time self declared Democrat Tim Sheldon, abandoned the party caucus and succeeded in denying Senate Democrats an elected majority, in doing so, Tom became  majority leader, Shelden, the president pro-tempore.  This enraged the State Democratic Committee, they soon voted to censure Tom and Sheldon. Tom's backslide should have been a coup for Republicans, but they now find themselves at the 11th hour without a candidate.
Posted by Mike Barer at 10:52 PM