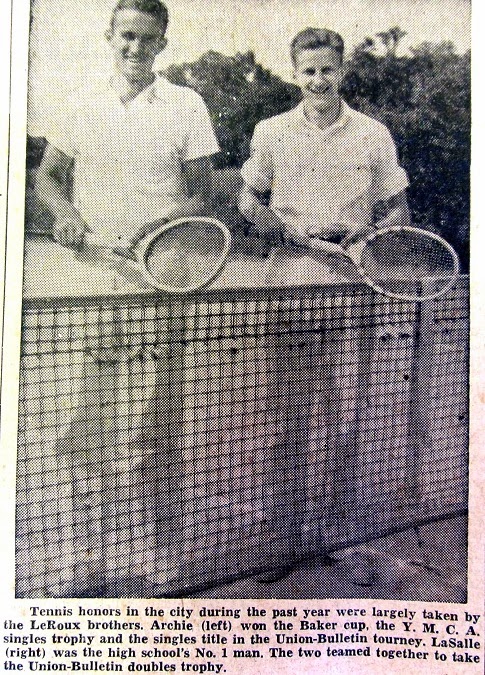 Arch LeRoux owned K-Hit Radio in the 1960s and early 70s.  It was an easy listening station that had it's studios in downtown Walla Walla.  It had an automated format and only broadcast from daylight to dawn. LeRoux would later sell the station to an out of town group.
An avid tennis player, LeRoux is pictured on the left with his brother LaSalle in the picture from the late 1930s.  LeRoux would later build a tennis court at his house on Clay Street in Walla Walla. A frequent guest at the LeRoux house was comedian Bill Cosby according to UB stories from the 1970s.  LeRoux had apparently befriended the comedian after an appearance at Coordiner Hall on the Whitman College campus.  Thank you to Walla Walla historian and blogger Joe Drazan for this picture.