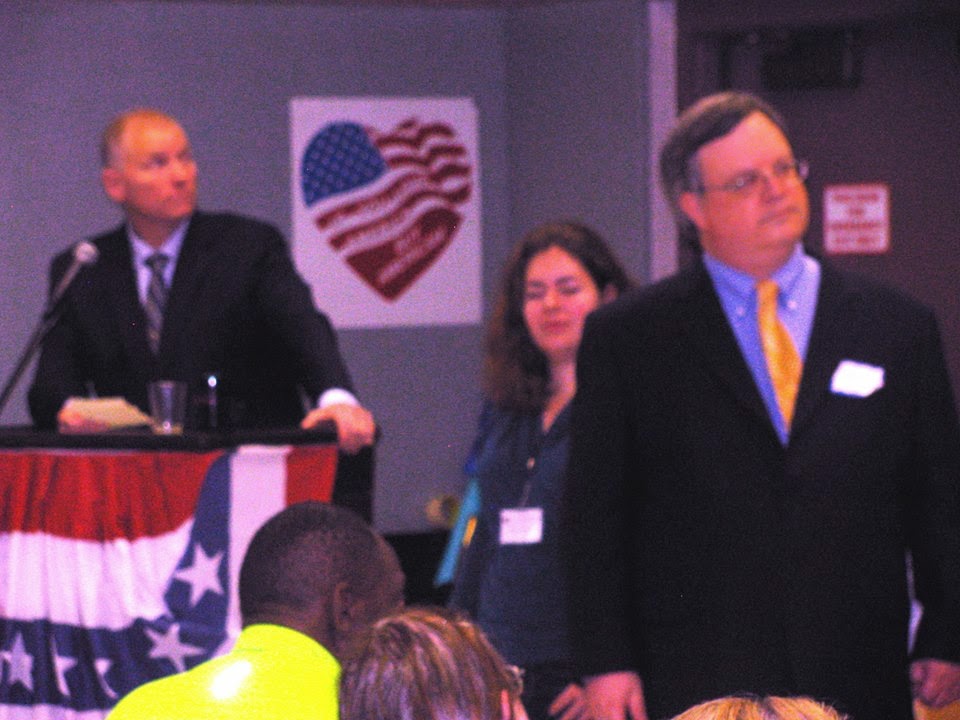 Richard Erwin (3rd from left) was elected Chair of the King County Democrats.  Erwin was chosen on the 3rd ballot in a 3 person race with fellow activists Betsy Walker (center) and Omaha Sternberg.  The first ballot saw the front runner ahead by one vote and a tie for second place.  About that time, the lights went out at the Machinist's Hall in South Seattle where the voting took place.  The meeting continued with flash lights cell phones and emergency lighting.  The members were informed that power would be restored at 5pm,  several hours away.
On  the second ballot, the field was narrowed to Sternberg and Erwin, Sternberg was slightly ahead.  Erwin was able to win on the next ballot.  Almost on cue, during his acceptance speech, lighting was returned to the hall.
Posted by Mike Barer at 10:56 AM