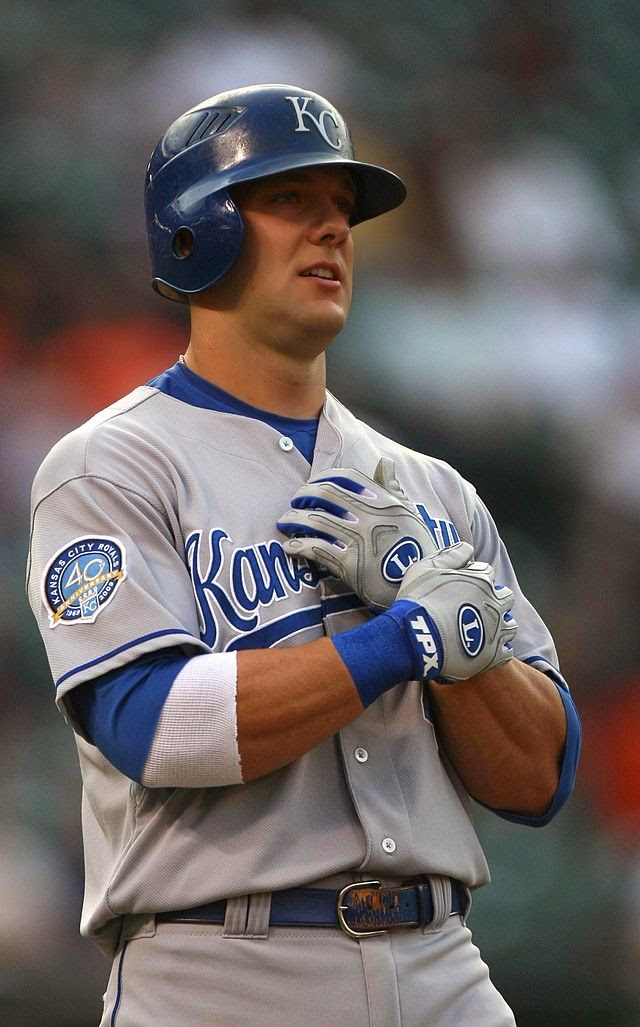 Kansas City Royals left fielder Alex Gordon has been selected as this year's winner of the Fred Hutchinson Award.  The award is given to the player who best exemplifies the courage of Fred Hutchinson, a Seattle native and Major League manager whose life whose life was cut short by cancer.
Gordon, whose Royals made the World Series and where the Cinderella story of 2014, won his 4th consecutive Gold Glove.  He also won the American League's Platinum Glove Award as the best defensive player in the league.
Gordon will be presented with the award at a luncheon at Safeco Field on January 29th.  Dave Winfield will be the keynote speaker.
Posted by Mike Barer at 8:24 AM