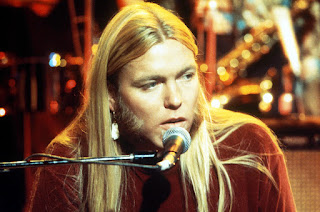 Greg Allman, whose music with the Allman Brothers Band was heard on both Top 40 am and progressive FM stations and whose Southern Rock sound influenced bands like Lynyrd Skynyrd and the Marshall Tucker Band, has died.
Allman was the keyboard player and lead singer with the band.  He received tabloid attention in the mid 70s for his marriage to pop icon Cher.  A short lived marriage that produced one child.
Allman lost two members including brother Duane Allman and bassist Barry Oakley in separate motorcycle accidents.
Greg Allman was 69.