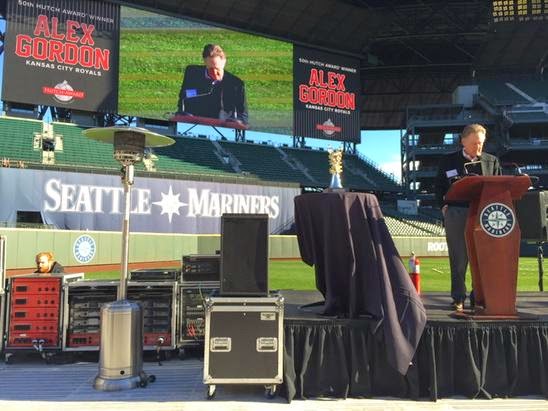 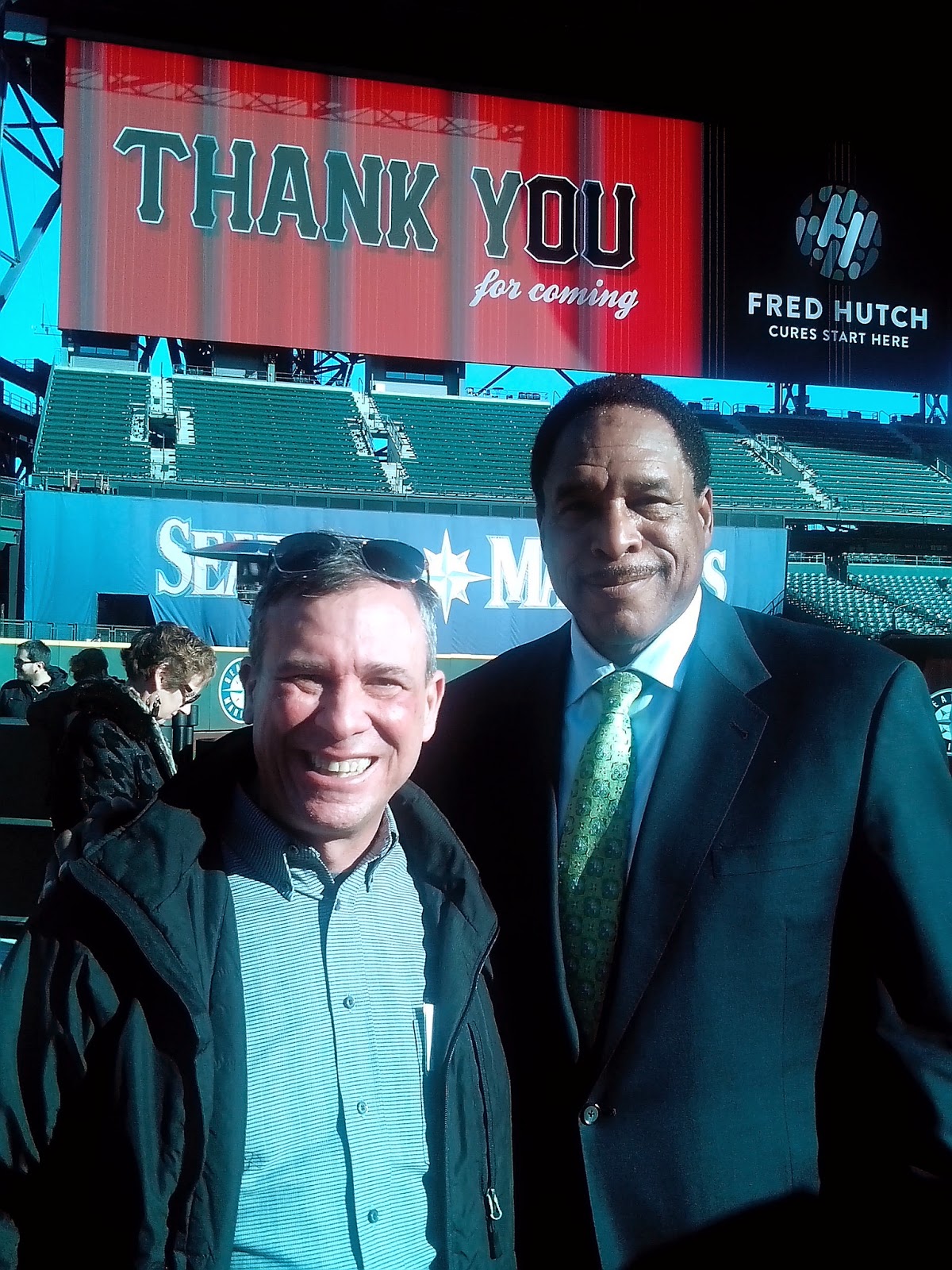 Alex Gordon, a gold glove outfielder, who helped the the Kansas City Royals battle to the World Series received the 50th Fred Hutchinson Award at a luncheon at Safeco Field.  The award is given to the player who exemplifies the honor, courage and dedication of the late Fred Hutchinson, a Seattle native who became famous as a pitcher and a Major League manager and whose career was cut short by lung cancer. Proceeds go to supporting the Fred Hutchinson Cancer Research Center.
Gordon is credited with raising more than 1 million dollars for research through the non-profit Alex's Lemonade Stand.  Gordon spoke movingly of  his mother surviving breast cancer.
Hall of Fame player Dave Winfield  (bottom picture with me) was the keynote speaker. Winfield, voted best all-around athlete by ESPN, was drafted by 4 teams in 3 different sports.  Unlike Bo Jackson and Dion Sanders, he stuck with baseball where he would eventually play for 6 teams and carve out a 22 year career.  Of course, he spun old baseball anecdotes, including being snubbed by Bob Gibson as his career was beginning.  Winfield was no stranger to Seattle, since his father had moved here after Dave's parents split.  Winfield mentioned his family's humble beginnings in St Paul Minnesota He also spoke movingly of losing his mother to cancer.
Host for the afternoon event were former talk radio host Mike Gastineau, Mariner reporter Shannon Drayer, and Mariner play by play man Rick Rizzs.
Posted by Mike Barer at 11:21 PM