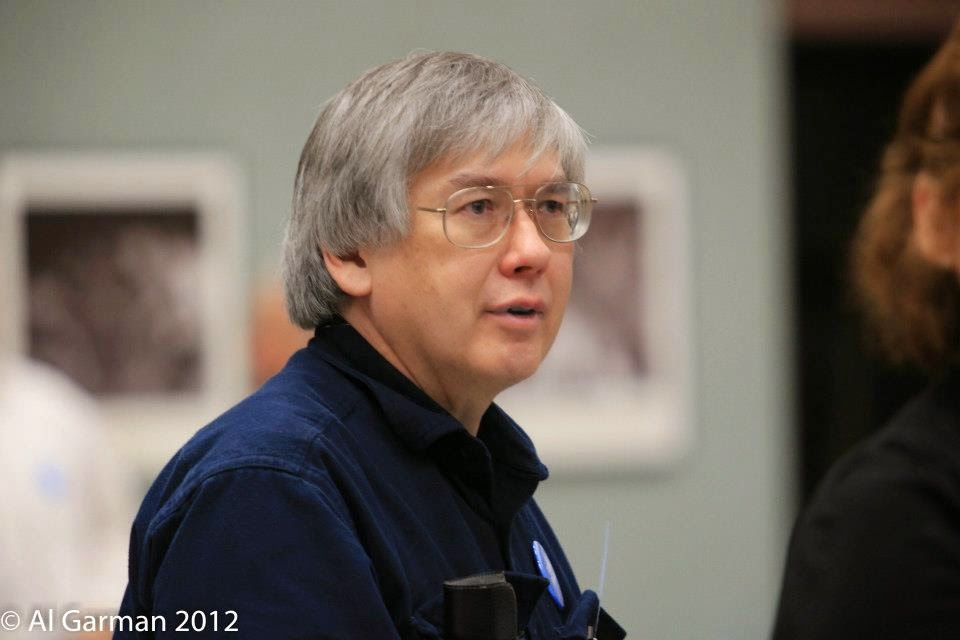 Martin Chaney (above) is the new chair of the 5th Democrats.  The body, which helped elect it's first Democratic legislator in almost 20 years in 2012 when Mark Mullet won a state senate seat, chose Chaney over sitting chair Jim Baum.  Chaney was chair of  the 45th until  he was redistricted. Former 8th district congressional candidate, Darcy Burner, also a member of the 5th by redistricting was voted secretary.  I kept my position of  state committeeman , although by a one vote margin. Jennifer Sutton, who had stepped down from her position as state committeewoman a couple years ago, was elected to return to that positon.
Konrad Roeder was reelected as treasurer. In addition, Essie Hicks was chosen as first vice chair, Barb Olson as 2nd vice chair. Colin Alexander and Ava Frisinger were chosen to represent the 5th at King County. Thank you to 8th CD candidate Jason Ritchie placing my name in nomination.
Posted by Mike Barer at 7:03 AM