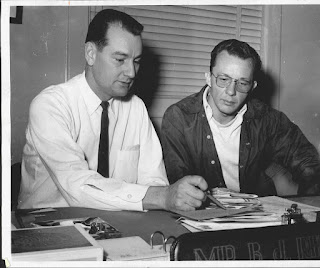 If I mention I'm from Walla Walla anywhere else in the state or beyond, they most likely would bring up the state prison.  The image that Walla Walla has had is a big prison with a few houses all around.
Of course that would be totally inaccurate, but the Penn was the biggest and sometimes only news maker in town growing up.  Superintendent Bobby Rhay ran the prison from 1957 to 1977.  He was the youngest prison warden in the nation when he got the job.  He was the man in charge as the prison was experimenting with various reforms in the 60s and 70s.  He seemed to weather the storm with grace.  In his early years, he was also a gifted athlete and a war hero.  Bobby Rhay passed away last month at 91
Posted by Mike Barer at 11:05 PM