Chicago Is Where It's At For Baseball 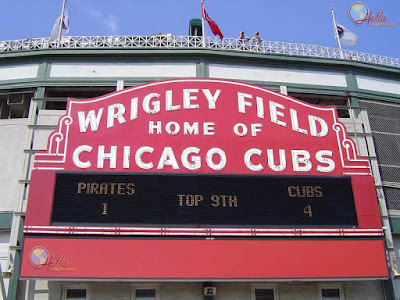 Unlike here in Seattle, Baseball has got to be fun in Chicago. The Cubs and White Sox are leading their respective divisions, both teams have fiery managers in Ozzie Guillen and Lou Piniella who will not except anything but the best from their players.

I have been a lifelong fan of the Cubs since watching their AAA farmclub in Tacoma on Cable Channel 11 as a boy. That was when the Cubs had Ernie Banks and Ron Santo. They were probably the best team to never go to a World Series. 30 years later Safeco Field opened , my wife and I attended an outdoor Major League baseball game for the first team in Chicago's legendary Wrigley Field (that was a month before Safeco Field opened for the Mariners) and wouldn't you know, the game was stopped because of a terrible rainstorm. What happened afterward is a story for a different time.
The White Sox and Cubs will face each other this weekend for a series in Wrigley.
Posted by Mike Barer at 8:18 AM