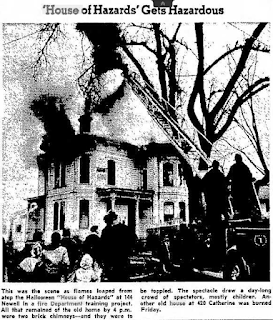 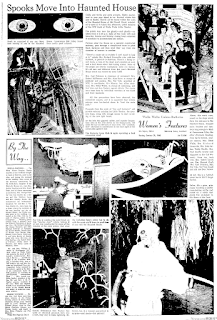 This house in Walla Walla was just a few blocks from our house on Palouse Street.  I thought that it looked like a haunted house, even before it was designated as such.  It became the Little Theatre Guild's haunted house for 1966.
A couple months after it closed,  the local fire department staged a "practice burn".  They set the house on fire and proceeded to extinguish the flame.
The house was later torn down to make way for apartments.

My Dad was involved with the Little theater. I think I remember working at that years haunted house.
It was sooo fun to scare the guests.