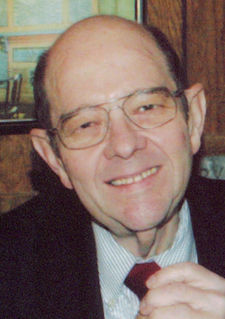 At a time when local radio people were celebrities in their own communities, Bill Vollendorff was news reporter at KUJ in the late '60s.  Vollendorff had a beautiful radio voice and perfect cadence.  He had previously worked at KTEL.  Vollendorff would eventually work as voice talent at KHIT.
Vollendorff had just finished his work at KUJ when I worked with him as a volunteer for Democratic Congressional candidate Mike McCormick in his successful bid to unseat Catherine May in the fall of  1970.  He told me about how his job entailed going to the Walla Walla Police Station, County Sherriff's office, and other visits and phone calls in the very early morning hours.
Probably figuring that radio talent did not pay the bills in a small town, Vollendorff  got into real estate and tax assessment, but he was no stranger in town.  He was seen in productions at The Little Theatre.  He did voice work for commercials and was tied in with local service groups. He did announcer work for Walla Walla Community College basketball when they played in the gym on Park Street.  When I briefly returned to Walla Walla and considered joining Kiwanis, it was Bill who came to talk to me about the organization.
Bill was married to Maureen Stewart who worked for my parents as a baby sitter and house cleaner while she was in high school.  Maureen made a real impression on me after she left town to would attend school at the U-W, she would write to me.  I was 7 or 8 years old and those were probably the first letters  I would ever receive.
Bill would eventually run for Walla Walla County Assessor and win as a Republican.  Bill was one of the last of his era in Walla Walla radio and I was able to converse with him on Facebook about local history.  Bill Vollendorff passed away on December 5th. He apparently had been in bad health for a while.

So sorry to hear about Bill. I too enjoyed working with him back in the late 70s. Great guy and an honest, trustworthy spirit. RIP bill.

As a former radio guy who is now a County Assessor (and because I remember my Mom listening to KUJ when I was a kid) I found Bill Vollendorff's career path to be most interesting!