Not All College Coaches Have Failed In The Pros 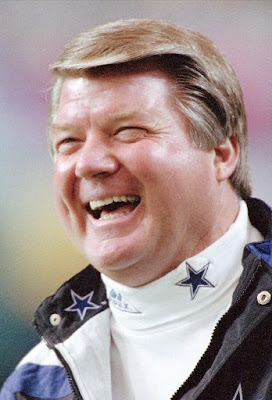 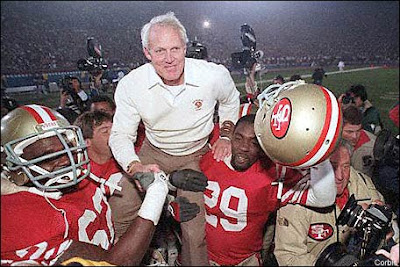 Two coaches were plucked from out of the college ranks to become outstanding NFL coaches. Jimmy Johnson replaced Tom Landry as coach of the Dallas Cowboys in 1989. Landry was an institution both in Dallas and in the NFL. As a matter of fact, up to that point, he was the only man to coach the Cowboys. Jimmy Johnson was coach of the Miami Hurricanes. He lead the Cowboys to two Super Bowl wins.
Bill Walsh, was coach at Stanford when the San Francisco 49ers named him as coach. Walsh created a football powerhouse in the bay area, winning three Super Bowls. Walsh would later go back to coach at Stanford.
Unfortunately, we remember such failures as Steve Spurrier and Dennis Erickson both coaches very successful at the college level but failures in the NFL.
Posted by Mike Barer at 10:46 PM